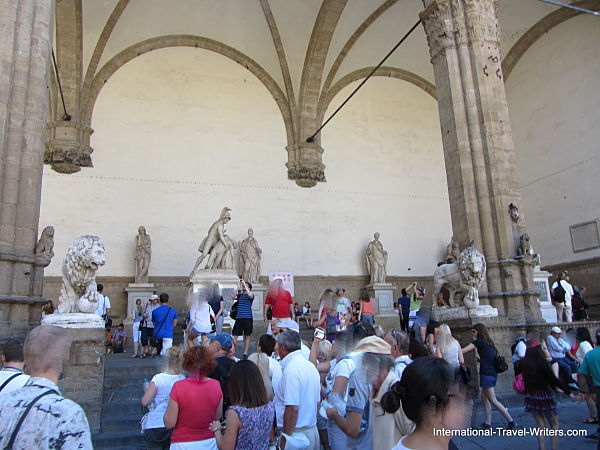 Loggia dei Lanzi (sometimes called the Loggia della Signoria) is a building on the corner of the Piazza della Signoria adjoining the Uffizi Gallery.  It has three wide arches and is an open-air sculpture gallery of Renaissance art and antiques.  It is in stark contrast to the austere design of Palazzo Vecchio nearby. 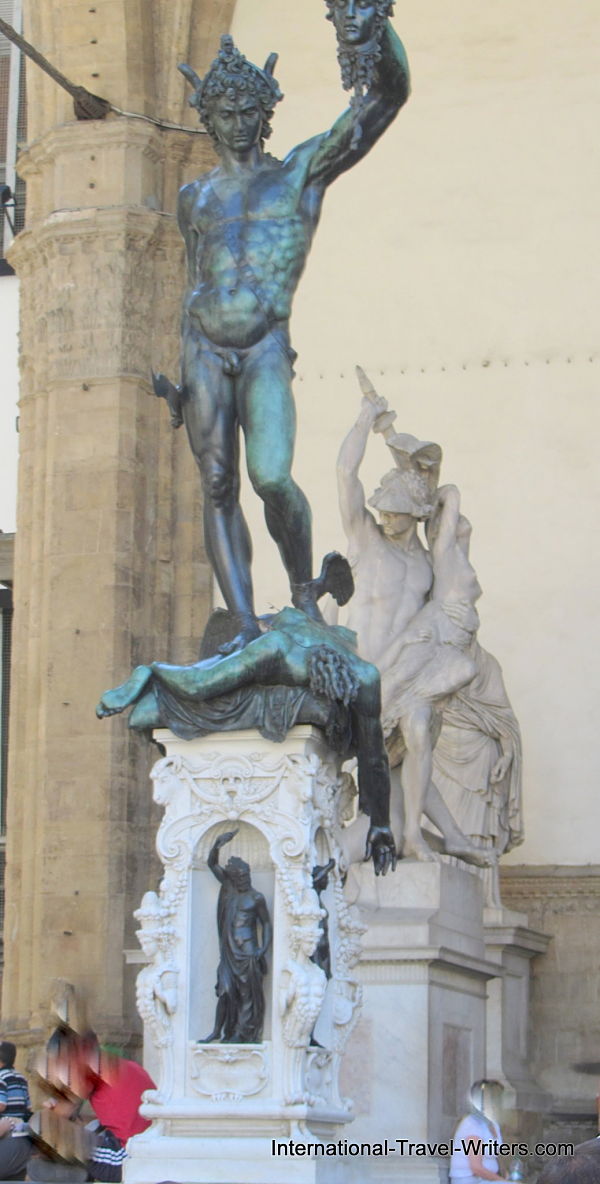 The bronze statue of Perseus is a well known artwork by Benvenuto Cellini.  It was the first sculpture placed in the Loggia in 1554.  This mythical Greek hero is holding Medusa's decapitated head in a triumphant pose while he displays the sword he used in the opposite hand.  Blood is depicted gushing from the head and neck of the dead Medusa.

Cellini decorated the marble pedestal with four bronze statuettes of Jupiter, Mercurius, Minerva and Danae.   Although the statue itself is the original, the pedestal was replaced and this is a replica. 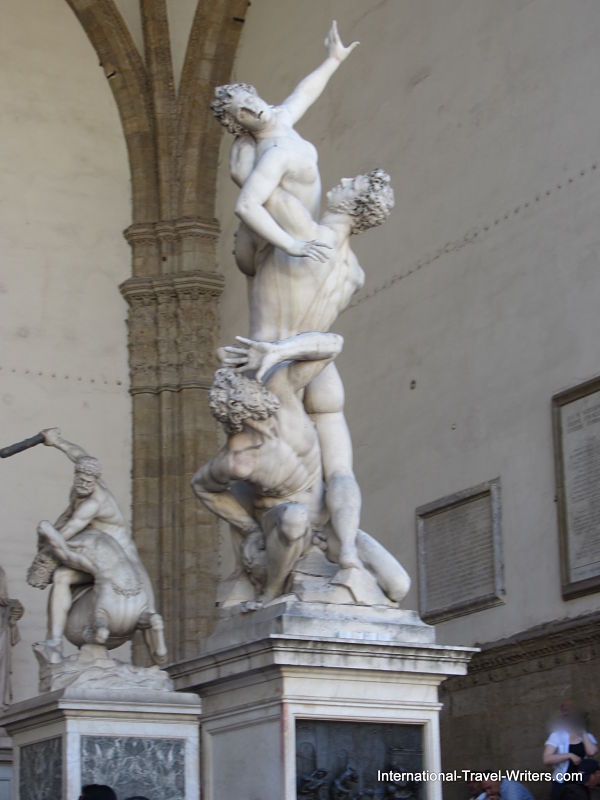 Rape of the Sabine Women is by a Flemish artist, Jean de Boulogne, who Romanized his name to Giambologna.  It was interesting to learn that at the time of the sculpture "rape" was actually equivalent to "abduction" so when the first generation Romans seized women from the neighboring Sabine they were usually taking them away to marry.  He also designed the pedestal with bronze bas-reliefs with the same theme.  It was placed in the Loggia in 1583. 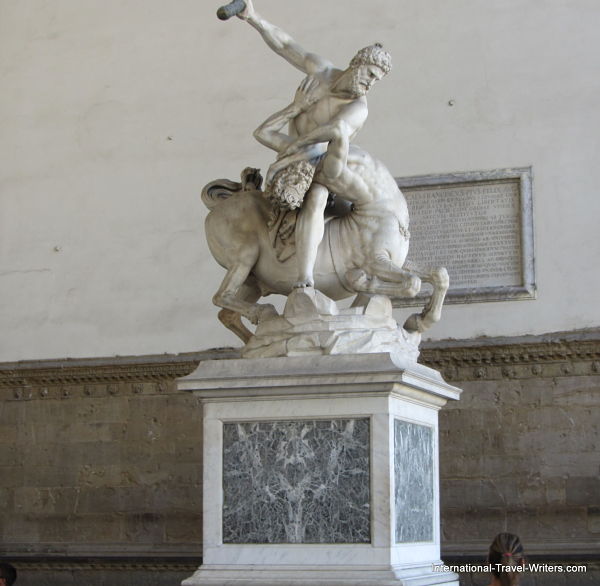 Another work of Giambologna's is Hercules beating the Centaur Nessus done in 1599.  It is less celebrated.  Until 1789 it sat on the canto de Carnesechhi, then moved from there to the Uffizi arch and finally it was placed in the Loggia in 1841.  It was sculpted from one solid block of white marble with the help of Pietro Francavilla. 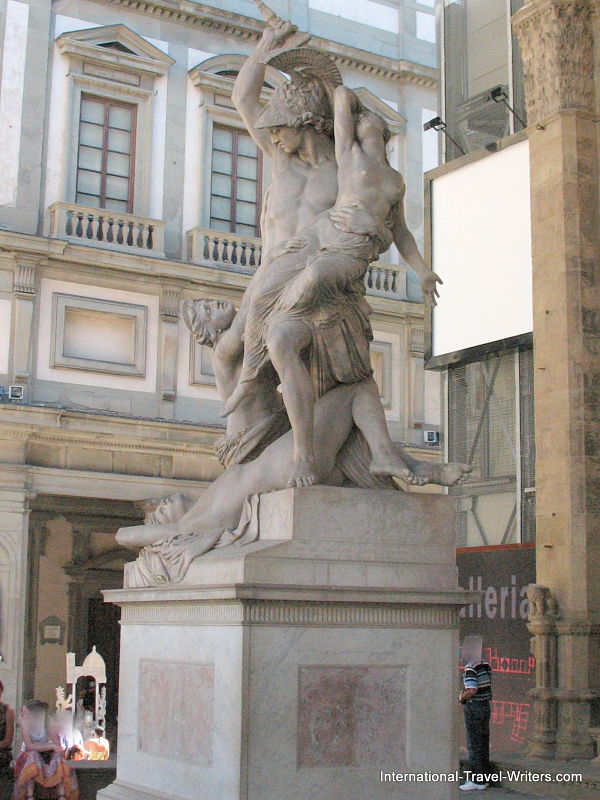 The Rape of Polyxena was done by Pio Fedi in 1865. 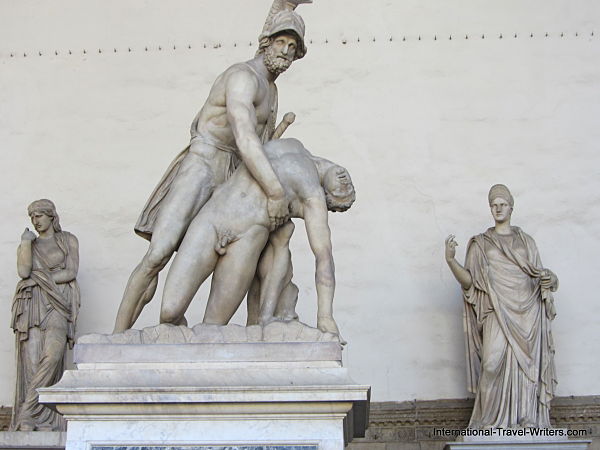 Menelaus supporting the body of Patroclus was discovered in Rome in 1541.  It dates from the Flavian era, copied from a Greek original from 240-230 B.C.  It was discovered in Rome and became a gift of Pope Pius IV to Cosimo de Medici in 1579.   Originally it stood at the southern end of the Ponte Vecchio but it was moved to the statue collection in the Loggia dei Lanzi in 1841. 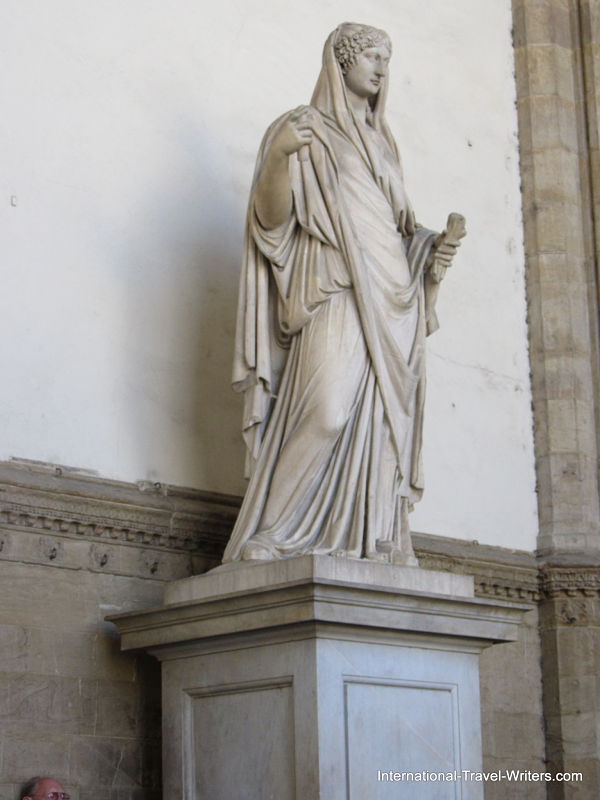 Sabine woman is one of several sculptures found in Rome that are thought to be from the middle of the XVI century.  It is believed they came from the Foro di Traiano and had been in the Medici villa in Rome until 1584.  The other three are seen in the photos below.  It is interesting to note that the sculpture of the barbarian slave was made of a lesser quality marble. 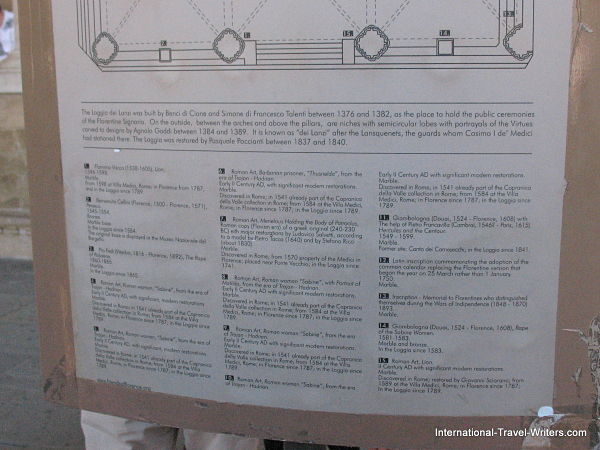 There is a diagram at the entry of the Loggia dei Lanzi that explains briefly, in both Italian and English, where each sculpture is located.