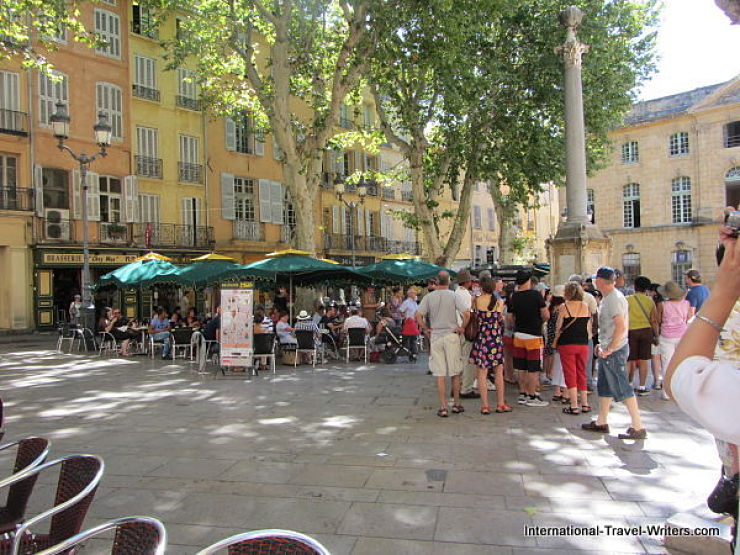 Aix-en-Provence, 19 miles north of Marseille, has a moderate Mediterranean climate and gives you the impression of an easy, laid-back lifestyle.  The Cours Mirabeau, a hub of history and leisure, has a wide thoroughfare planted with double rows of trees which enhance the outdoor ambiance of cafes and restaurants that border this major boulevard with its shopping areas.  Fountains and fine houses also decorate the borders of the street. 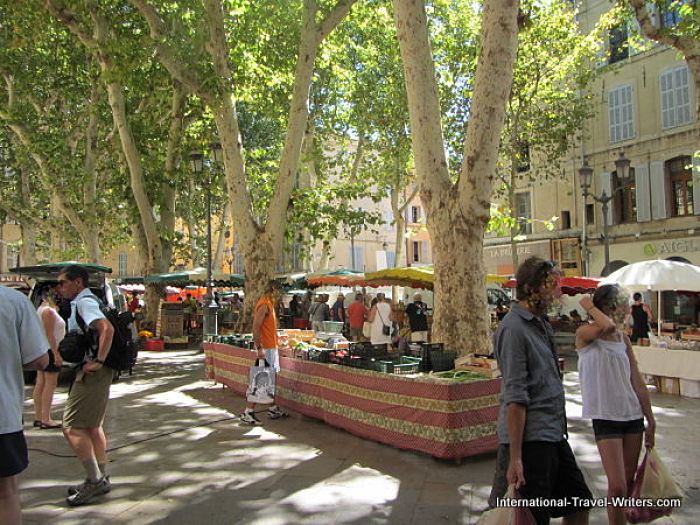 We found this French town charming.  The verdant tunnel of foliage provides protection from the sun on hot days.  Since we've returned home we've discovered that a very famous couple, Angelina Jolie and Brad Pitt, were also smitten by its simplicity and friendly demeanor.

Apparently in 2008 they acquired the 1200 acre Chateau Maraval Estate (36 miles away) to use as a summer residence.  The estate was known for some previous good wine vintages so in 2012 they decided to make use of their 50-60 acres of vines and partnered with the French wine-making Perrin family. Their first 6000 bottles under their "Chateau Miraval Cotes de Provence" label went on sale March 7th of 2013 and sold out in the first 5 hours. 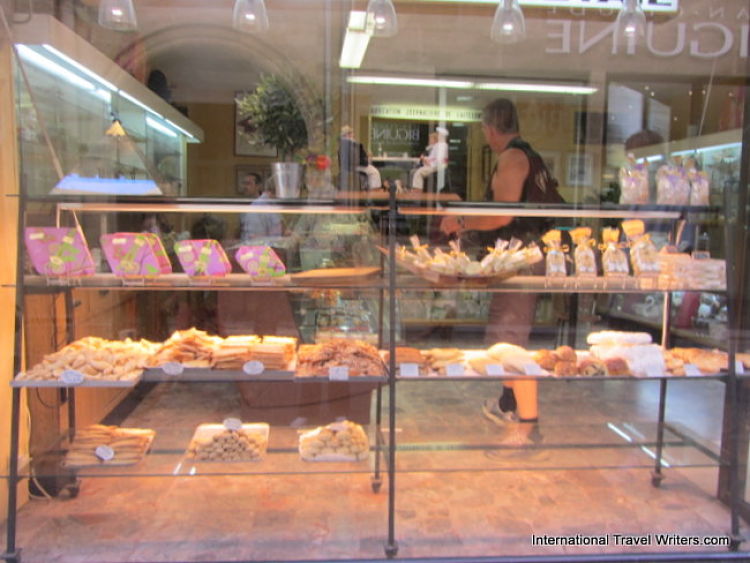 Pastries tempt you from numerous shops with not only the visually striking window displays but the additional aromas and scents of decadence that sneakily waft through the air to seek your nostrils... 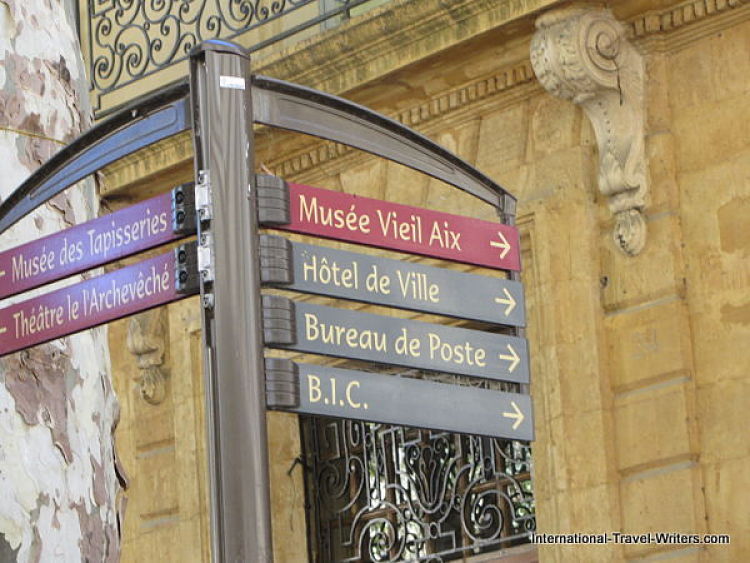 It's fairly easy to see the sights, shop and wander without getting disoriented because their signage is extensive.  Although it's written in French the words are still easy to guess even if you don't happen to speak the language. 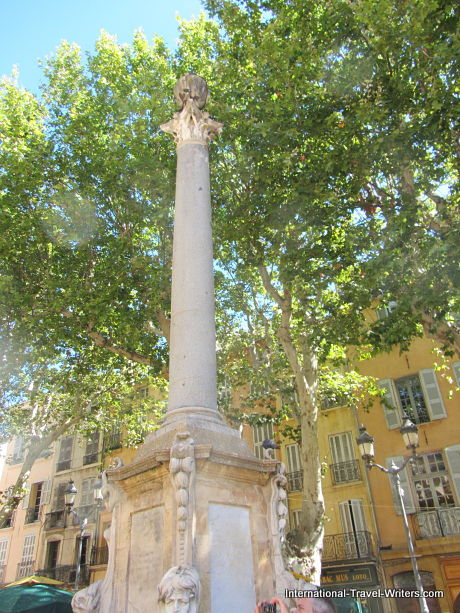 The city is noted for its many fountains.  I've seen reference to "the city of a thousand fountains" but this strikes me as an unrealistic number.  This particular fountain (seen above) is the Fontaine de l'Hotel de Ville.  It dates from the 18th century and is at the center of an exceptional collection of architectural delights composed of the City Hall, the Clock Tower and the Corn Market.  The column is granite and it is still in use today. 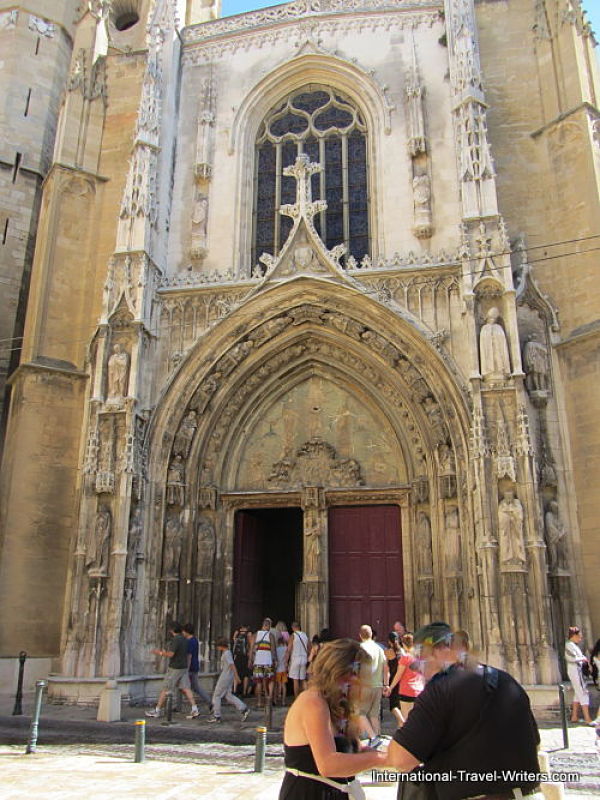 The Cathedral of the Holy Savior was built on the site of a former Roman forum.  This is the Aix-en-Provence church that attracts the most tourists mainly because it is such a curious mixture of architectural styles from the 5th to 17th centuries that exist side by side.  Inside are 16th century tapestries.  Aix Cathedral is a Roman Catholic cathedral and the seat of the Archbishop of Aix.  It is a national monument of France. 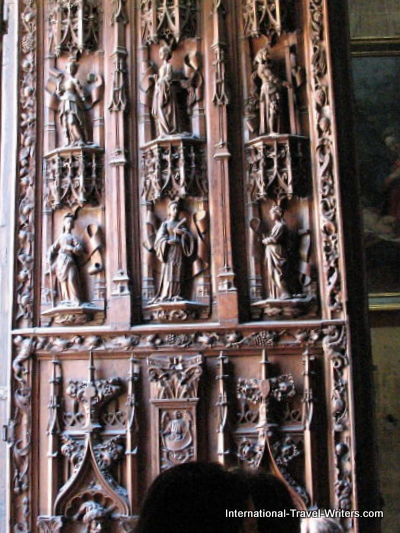 The 1505 A.D. the doors of the cathedral were carved out of walnut.  They feature figures in high relief of the Major Prophets of the Old Testament (Isaiah, Ezekiel, Daniel and Jeremiah).  Above the prophets are the figures of twelve Sibyls, pagan fortune-tellers from antiquity that gained favor for having forecast the birth, death and resurrection of Christ.  The figures are adorned with acorns, bunches of grapes, garlands on pomegranates, a lion, a dragon, other animals and a cock with the tail of a snake representing the battle between good and evil. 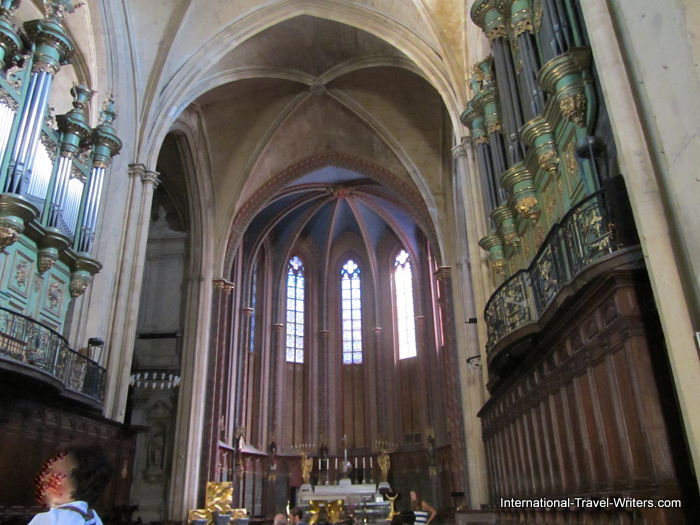 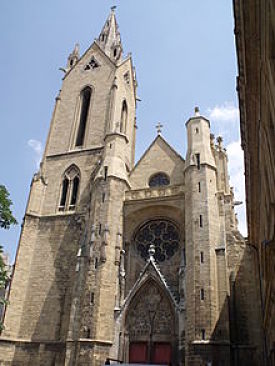 The Church of Saint-Jean-de-Malte, a 13th century Gothic church, is another church in Aix.  The site was originally occupied in the 12th century by a hospice and chapel of the Knights Hospitaller of the Order of Malta.  This chapel of the old priory of the Knights of Malta formerly contained the tombs of the Counts of Provence.

Unfortunately, after the French Revolution most of the furnishings, treasures and statuary of the church were plundered.  It then spent time as a military storehouse.  It wasn't until the 19th century that it was restored to religious use as a parish church.  It is currently under the ministry of a brotherhood of apostolic monks.  Most of the art work comes from closed churches and some have been donated privately such as the recent gift of the Crucifixion by Delacroix. 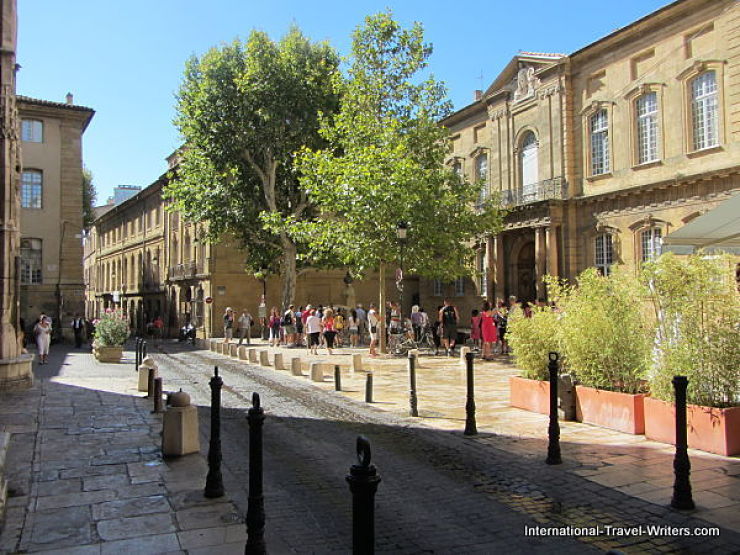 The streets in Aix-en-Provence were spotless, just as the streets in Toulon were.  Many of the areas were walking areas without vehicle traffic and the only exception was provision for emergency or delivery vehicles. 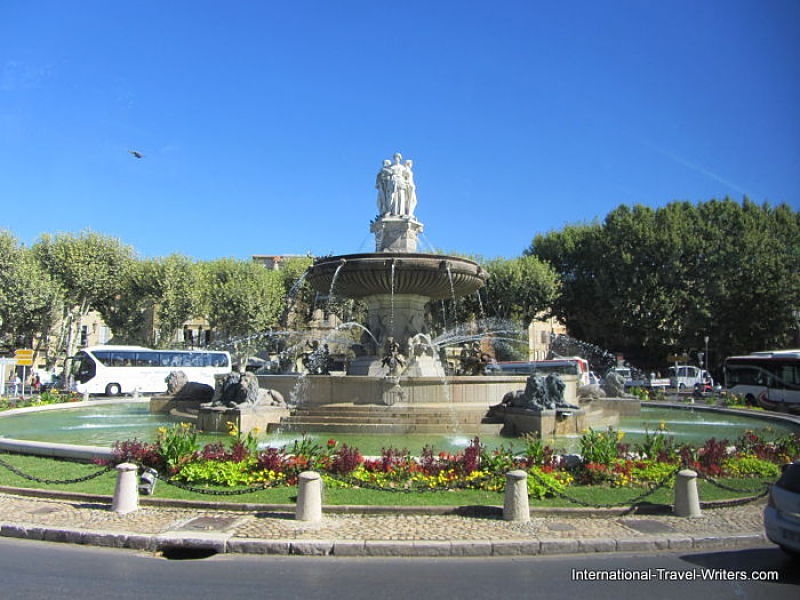 The Fountaine de la Rotonde dates from 1860.  It is the largest fountain in Aix-en-Provence and is located at the top of the Cours Mirabeau.  Three giant statues representing Art, Justice and Agriculture are placed on the top.  The larger, lower fountain, has four groups of two lions each.  Eight cherubs ride around on swans made of bronze.  The smaller, upper basin has a pedestal decorated with leopard's heads.

This tends to be the meeting spot for tour buses visiting Aix-en-Provence to retrieve their passengers when their time in the area is finished.  It gets hectic at certain hours of the day but the rest of the time you see people leisurely strolling the area.