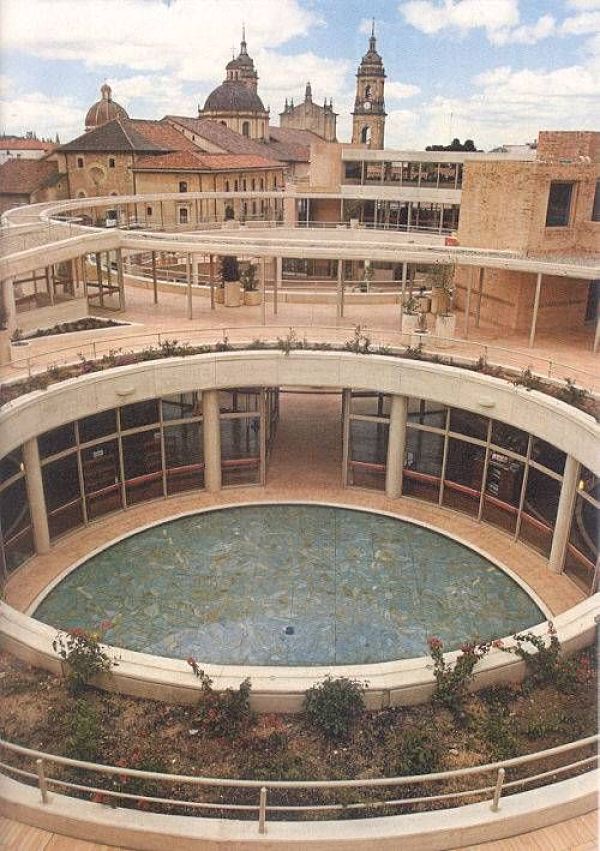 Colombia literary achievements are many and it has often been said that Colombia is the world's most literary country.  The Peruvian poet Rocio Silva Santestiban once pointed out that while most countries put the faces of politicians on their currency, Colombian currency proudly displays the faces of famous Colombian writers.  Silva Santestiban believes this to be the hallmark of a truly literary society and she certainly has a point.  With beautiful beaches, modern cities, and a troubled historical past, Colombia is a diverse and fascinating place, home to many.

Jose Asuncion Silva House, Bogota.  One of Latin America's most important authors of the modernismo movement, Jose Asuncion Silva's face appears on the 5000 Colombian peso bill and the entire text of his infamous poem "Nocturno" appears in micro-text on the front of the bill.  Asuncion Silva's historic home is now a well-kept museum and it is well worth a visit. 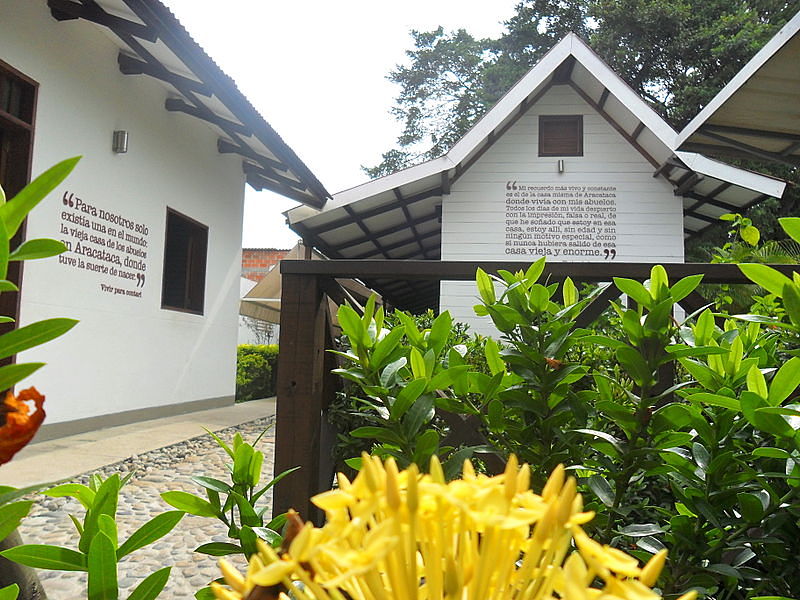 Aracataca, Department of Magdalena.  Birthplace of famous Colombian author and Nobel Prize winner Gabriel Garcia Maquez, Aracataca is one of the most important destinations on the Colombian literary trail.  A hot, dusty place in the middle of Colombia's banana country, Garcia Marquez spent most of his childhood here, raised by his maternal grandparents.  Many argue that Aracataca was the true inspiration for Macondo, the mythical town of the author's famous One Hundred Years of Solitude.

Suprisingly, Aractaca is not swarming with thousands of tourists, as one might assume considering Garcia Marquez's universal fame and acclaim.  Rather, this small town has retained a sleepy kind of charm.  There is, however, much for enthusiastic Colombia literary fans and tourists to see and do in Aracataca.  You will want to check out the Gabriel Garcia Marquez museum located in the home of the author's birth, the train station, and the library.

Gabriel Garcia Marquez Cultural Centre, Bogota.  (top of page) Located in the La Candelaria district of Bogota, The Gabriel Garcia Marquez Cultural Centre honors the Nobel Prize winner in name but pays homage to the Colombian literary and cultural facets as a whole.  Featuring two book stores and an impressive art gallery, it is a must see for anyone interested in this author and also Colombian literature in general. 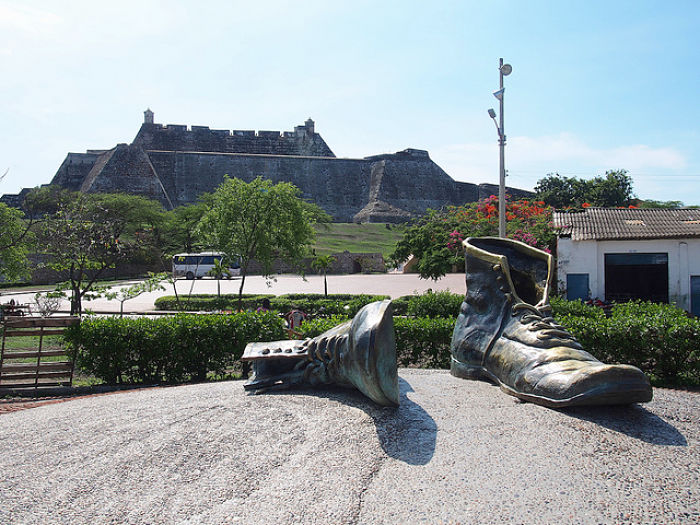 The Statue of the Old Shoes, Cartagena.  Born in 1883, famous Colombian writer Luis Carlos Lopez is perhaps one of Latin America's most respected regional writers, famous for his beautiful and astute observations of Cartagena provincial society.  Carlos Lopez loved Cartagena, passing the vast majority of his life here.  His poem, "Los Zapatos Viejos" (the Old Shoes) honors the city he so happily called home, metaphorically comparing the city to an old pair of shoes.  "You inspire that affection that one gives to his old shoes, " Carolos Lopez writes in his last stanza of the poem.

In honor of Carlos Lopez and his love of Cartagena, a large statue of two old shoes sits prominently behind the San Felipe Castle.  The poem is beautifully carved onto a plaque in front of the shoes.