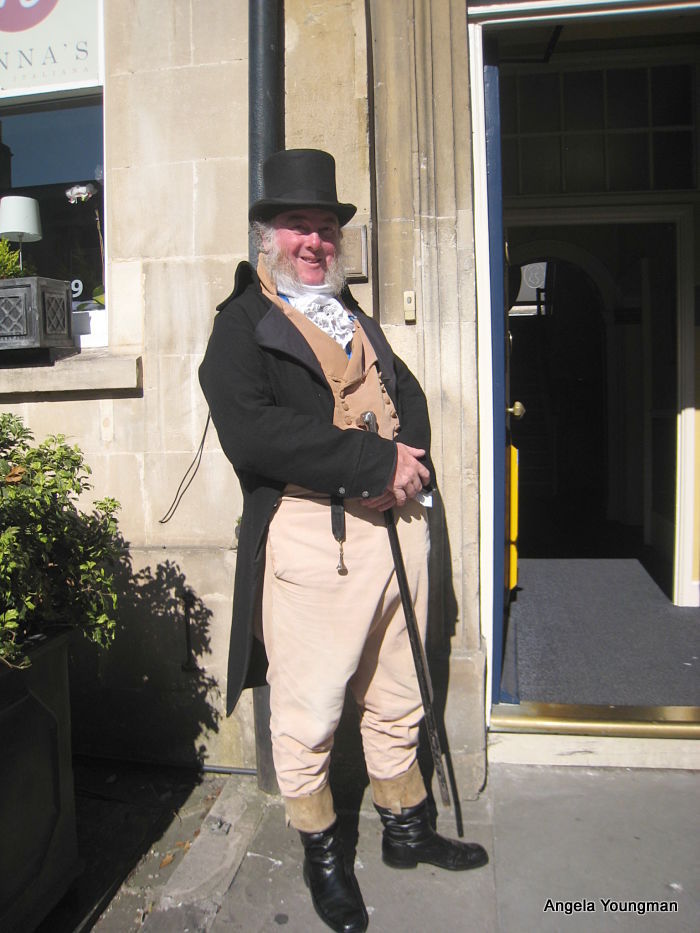 During the Jane Austen Festival in Bath, you could be forgiven for thinking you have stepped back in time. Ladies in high waisted, Empire line dresses, gentlemen in breeches, high collars and waistcoats can be found roaming the streets re-enacting scenes from her books and life.

Such scenes fit perfectly into the townscape of Bath. This is a town that has retained its Georgian charm. The style, layout and architecture remain very much as it was in the early eighteenth century. Jane Austen would certainly recognize the streets, alleyways and buildings. Even today, you can shop, take the waters and walk the streets that Jane knew so well. 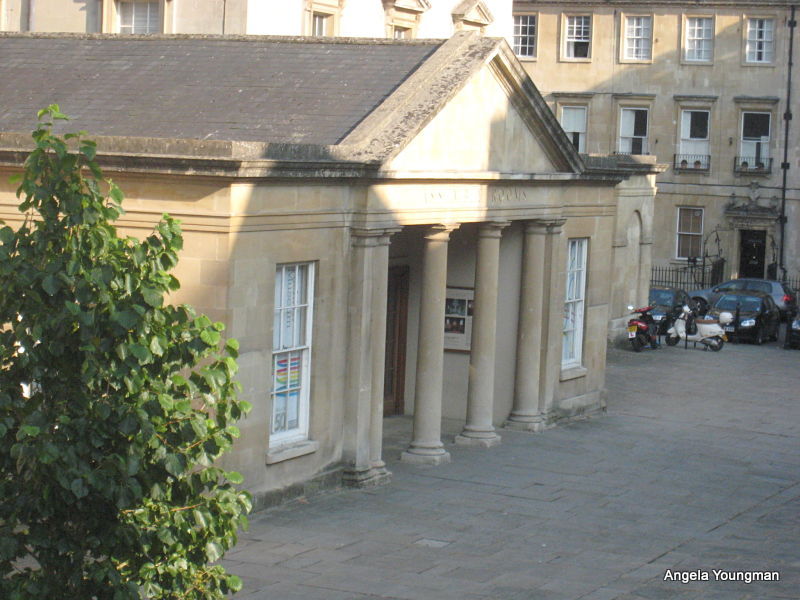 Jane Austen and Bath...film producers use many locations she frequented for filming her books

Not surprisingly, film producers have used Bath locations when filming her books. The Royal Botanical Gardens within the Royal Victoria park, the Abbey Churchyard, the Grand Parade and Queen Street were used in the filming of Persuasion. Bath Street was even turned into a period market for the film while coaches drew up in front of the original entrance to the Theatre.

Bath is renowned as the pre-eminent Jane Austen location, even though she only lived there for a few years. The social life of the city formed a background for novels like Northanger Abbey where Catherine is reported hurrying along Gay Street and shopping  in Milsom Street. 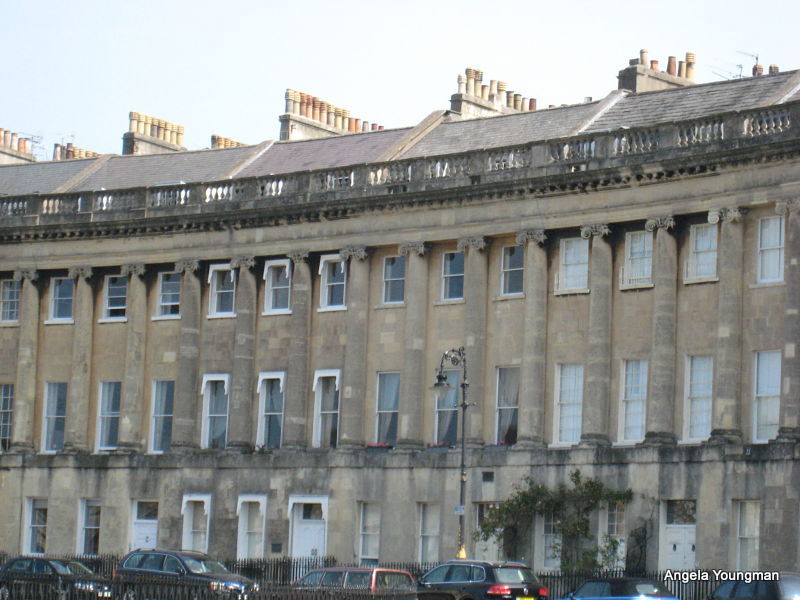 Jane visited Bath for the first time in 1799 when she visited her brother, before coming to live in Bath when her father retired in 1801. During that time, they lived in several different houses including one in Gay Street. Although the actual building in which she lived is not open to the public, the Jane Austen Centre at 40 Gay Street is very similar in style and size to what she would have known. A visit to the centre provides a good insight into her living conditions, with its small intimate rooms containing displays of furniture, clothes and original items owned by the Austen family.

Many of the buildings around Bath have Jane Austen connections. St. Swithins's Church at The Paragon is where her father, the Rev. George Austen met his future wife Cassandra for the first time and later married her. Soon afterwards, the church was rebuilt in a Georgian style. Rev. George Austen is buried here, as is one of Jane's favorite novelist - Fanny Burney. Jane did not like the area because it was too busy, and there were not enough open spaces! 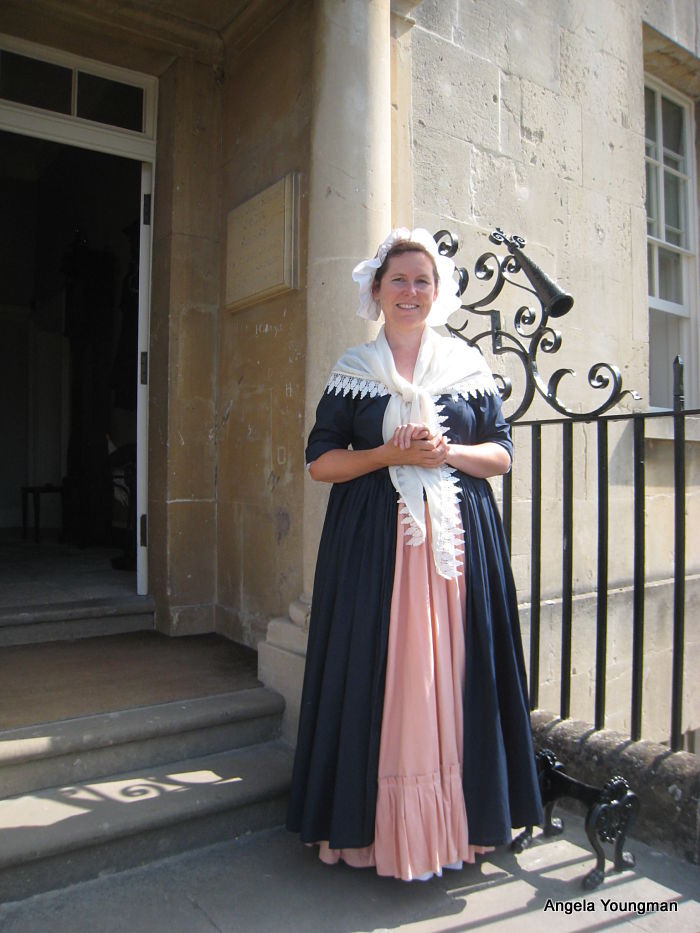 Much more to her liking was Queens Square. Jane wrote "I like our situation, very much; it is far more cheerful than Paragon, and the prospect from the drawing-room window, at which I now write, is rather picturesque, as it commands a view of the left side of Brock Street, broken by three Lombardy poplars in the garden of the last house in Queen's Parade". Her view also included the obelisk and garden in the centre of the Square, which can still be enjoyed by visitors today.

Sydney Place was one of her favorite locations. It was close to the Sydney Gardens where she enjoyed going for a walk, and she frequently passed over Pulteney Bridge. The bridge is unusual in that it offers no views over the river, just a line of shops on either side. 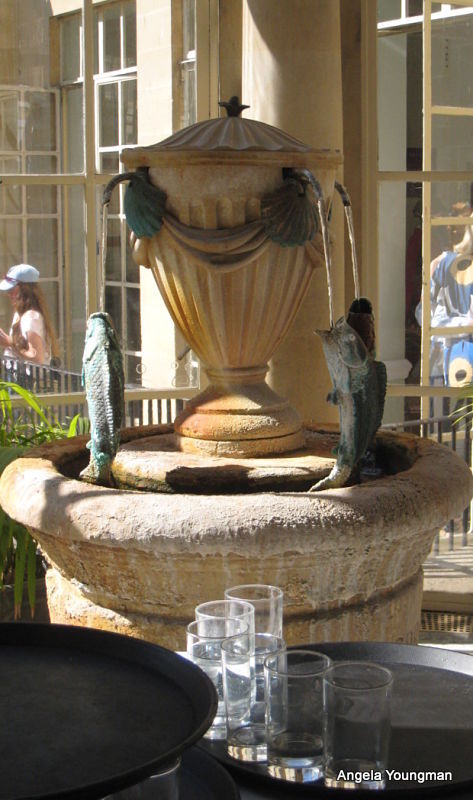 At the Pump Room, visitors can try the waters, free of charge, just as Jane and her brother did from the elaborate drinking fountain decorated with giant fish. Not far away are the Theatre Royal and the Assembly Rooms where she enjoyed balls and meetings (now a Costume Museum), and the Royal Crescent where Catherine Morley walked with her friend Isabella.

Jane Austen is definitely never far away in this pretty town, dominated by the local yellow stone buildings. It is no wonder that Bath has become the iconic Jane Austen location.