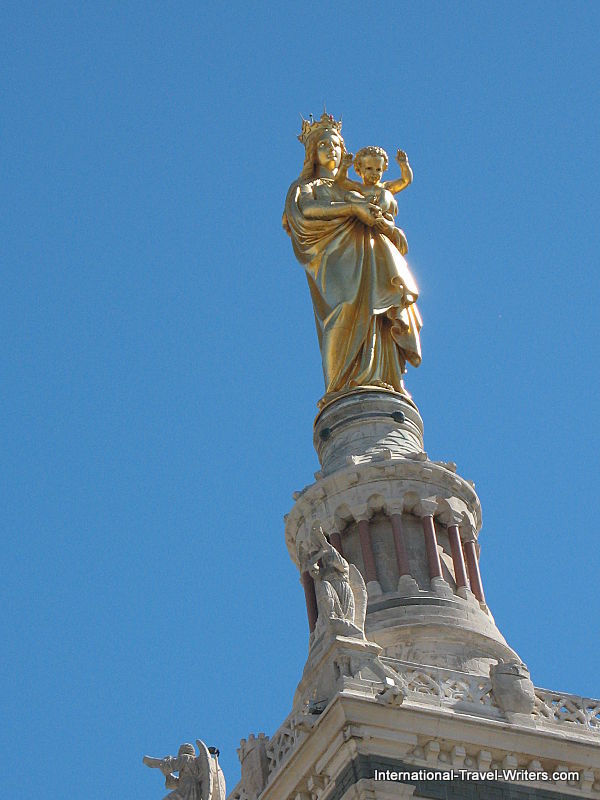 Basilica Notre Dame de la Garde (our Lady of the Guard)...former lighthouse, former fortress, a sacred site of pilgrimage...is a major symbol of Marseille.  It matters little where you are in the city because you can constantly gaze upward to the city"s highest point and spot "La Bonne Mere", the nickname for the monumental statue of Mary that adorns the top of the Basilica.  It is made of copper gilded with gold leaf. 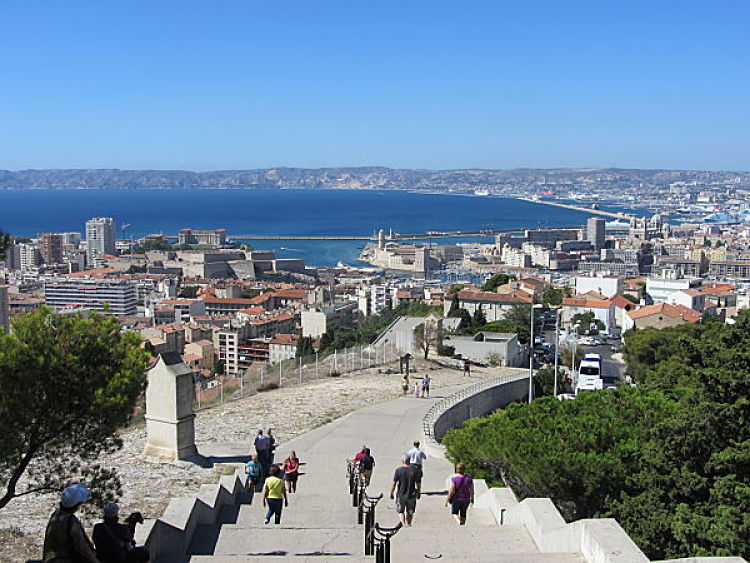 There is a long stairway you can climb to Basilica Notre Dame de la Garde that is built over the old path that sailors would climb to pray for safe voyages.  Pilgrims also followed the path upward to pray and honor God.  It's a steep climb (about a 1 kilometer) from the Quai de Rive Neuve.  There is still an annual pilgrimage every year on Assumption Day, August 15th.

Originally a look-out tower in Roman times, a smaller church of the same name was built in 1214 and actually had a restoration done in the 15th century.  However, the current basilica is built on the foundations of an ancient 16th century fort.  The fortification was ordered by King Francois I to protect Marseille from King Charles V of Spain in 1524...the same year that he started construction on Chateau D'If...for the same reason.

He took advantage of the ideal location atop the highest natural point of land in Marseille for his fort.  The current basilica was built in 1853 and consecrated in 1864 but its drawbridge and remaining vestiges of ramparts doesn't conceal its history as a fortress. 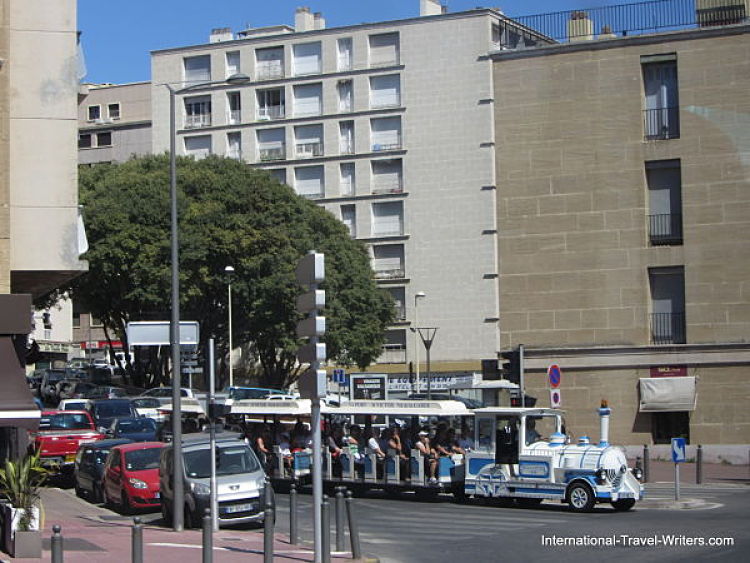 There is a quaint "Mini-Train" that provides service up to the basilica on a regular schedule but the drop-off point still has a number of stairs to climb to get to the actual entry into the basilica. There is a similar vehicle in other European cities such as Sorrento that provide this service. 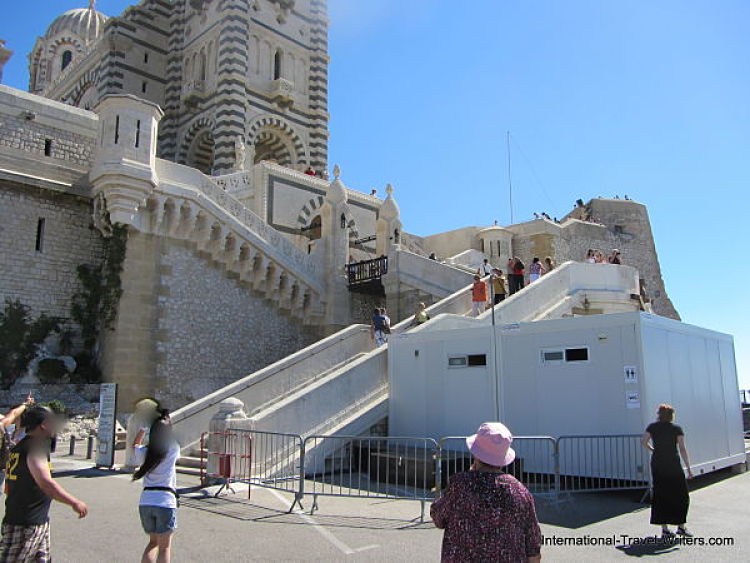 We were told that a major project to carve out a shaft for an elevator would start in the autumn of 2012.  Apparently it will stop at all levels of the basilica, including the crypt.  It is supposed to open in the spring of 2013 but we were there in Sept. 2012 and we think they are being optimistic.  However work is started and it should help more tourists enjoy the facility. 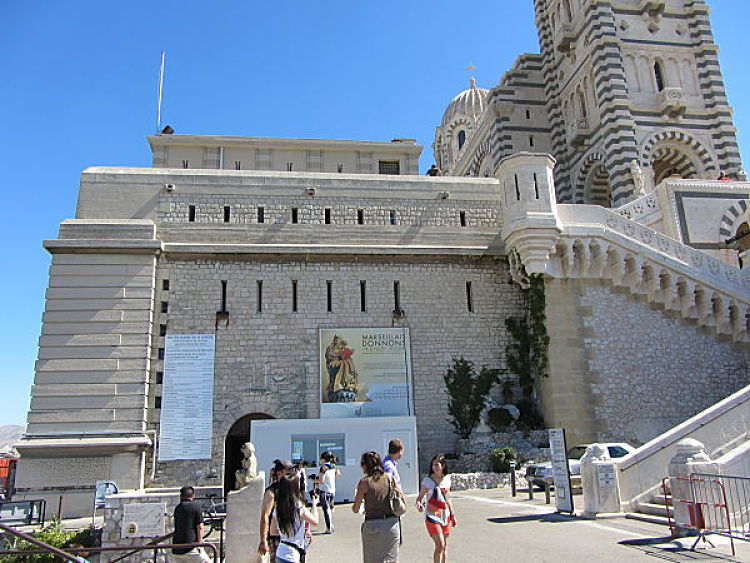 We were on a tour off of our cruise ship so we were transported to the highest level available by vehicle.  From the embarkation area it was around 120 steps to the top level.  I sat below and talked to a few others (like myself) that weren't able to make the climb while my husband continued upwards and took the photos.

Sitting below, I saw the regular #60 buses arrive from the Old Port at about 20 minute intervals but I didn't discover what hours their schedules kept. 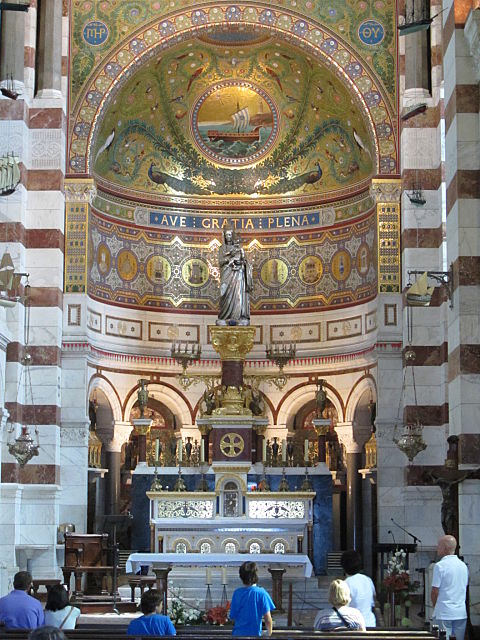 There is an upper sanctuary and vaulted crypt that includes imposing bronze doors.  The high altar was designed by Henri Rivoil.  There is a golden madonna statue atop the altar. 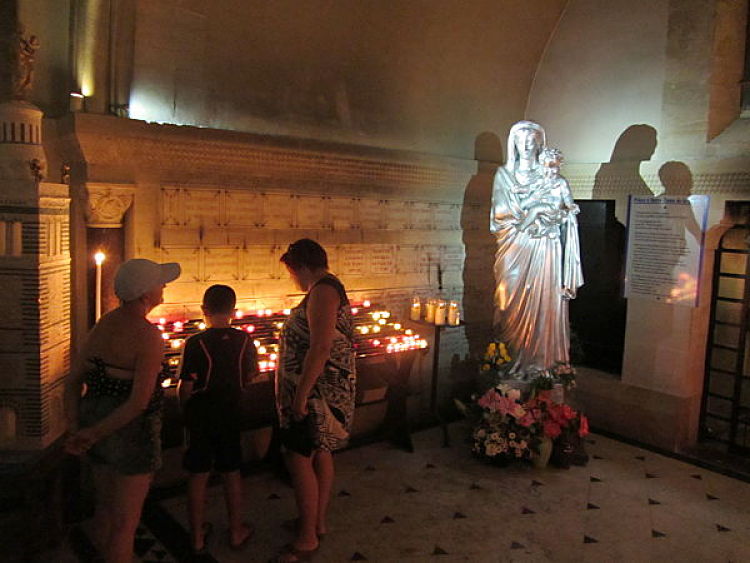 Works of art include a silver statue of the Virgin Mary by the silversmith Jean-Baptiste Chanuel. 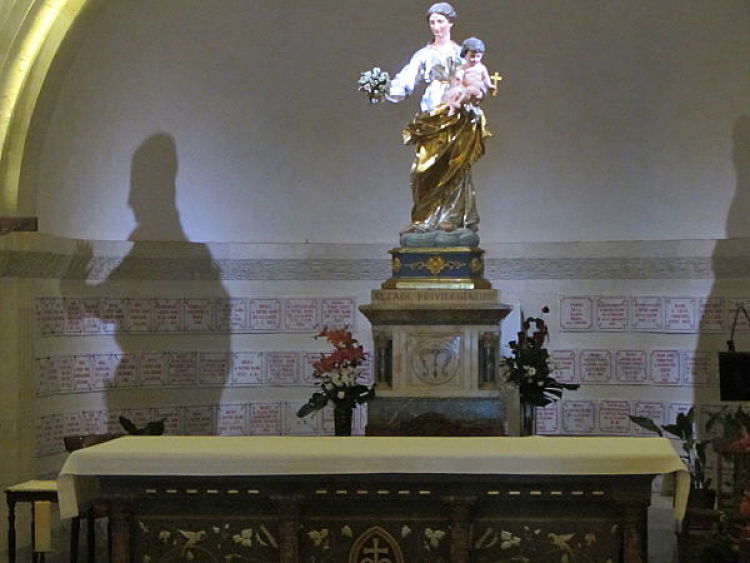 A statue holding a bouquet of flowers and a baby. 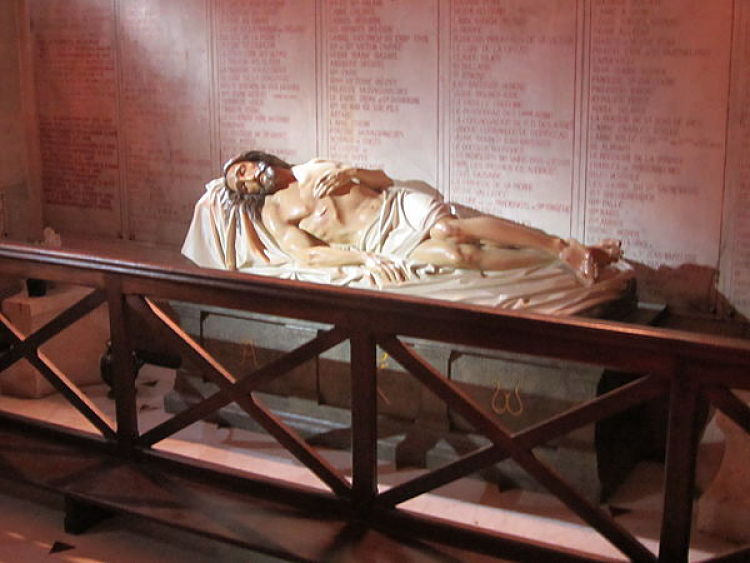 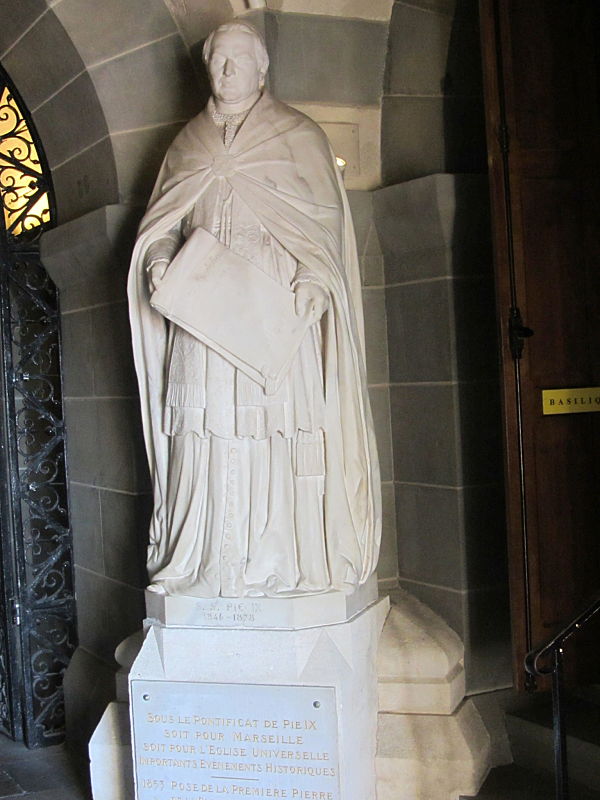 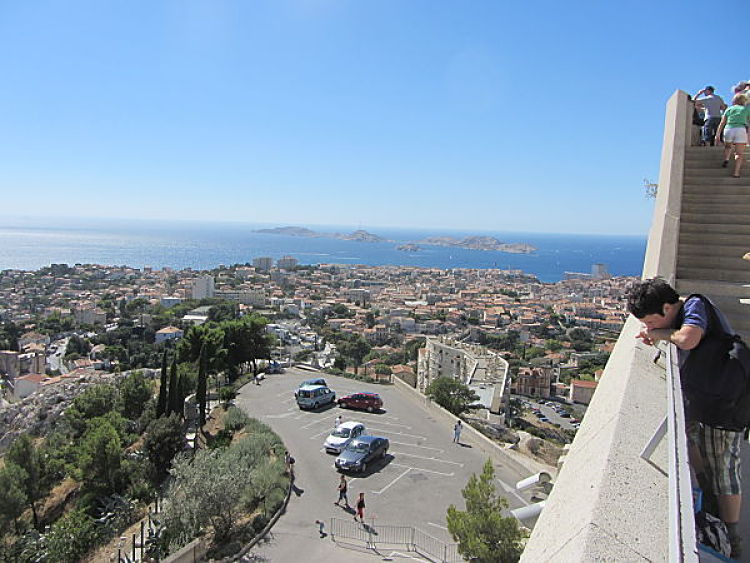 Allow yourself time to stroll the terraces that wind around the upper basilica areas.  You will be rewarded with not only fantastic views of Marseille and Chateau D'If but telescopes are set up at favorable vantage points so you can see even more. 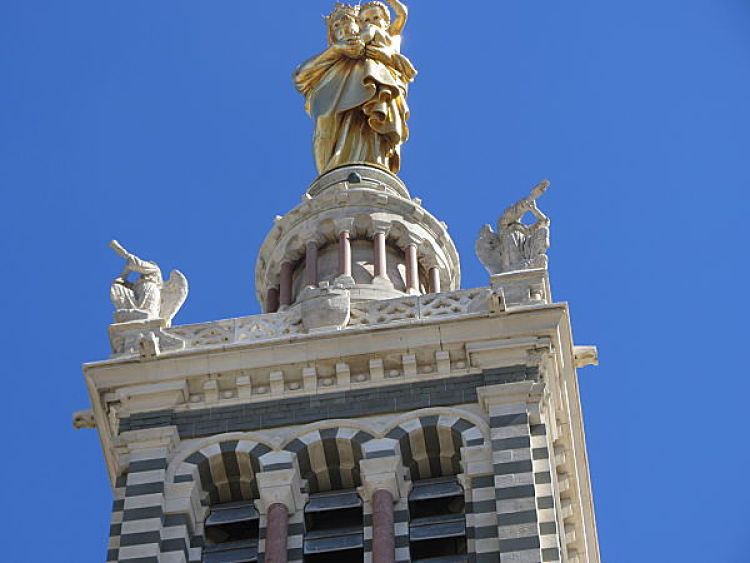 Green limestone from the area surrounding Florence was used to build the basilica but it is sensitive to pollution and erodes so a major restoration took place from 2001-2008.  They also repaired the impact of bullets dating back to the Liberation of France at the end of World War II.

Basilica Notre Dame de la Garde consists of a lower church (crypt) in the Romanesque style carved from the rock, as well as an upper church of Neo-Byzantine motif adorned with mosaics.  A square bell tower of 135 feet is topped by a belfry that forms the base that supports the monumental statue of the Madonna and Child.