Country of Nicaragua
(by Josh) 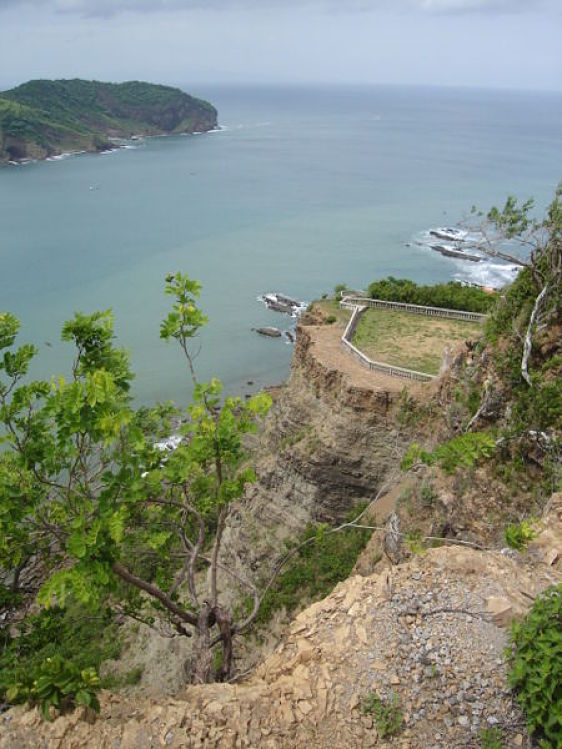 My wife and I took a 3-day trip to the country of Nicaragua in June of 2013; 72 hours was simply not enough time to capture all that a city---much less an entire country---has to offer.  Still, we were able to enjoy a couple of locations in this beautiful Central American country. 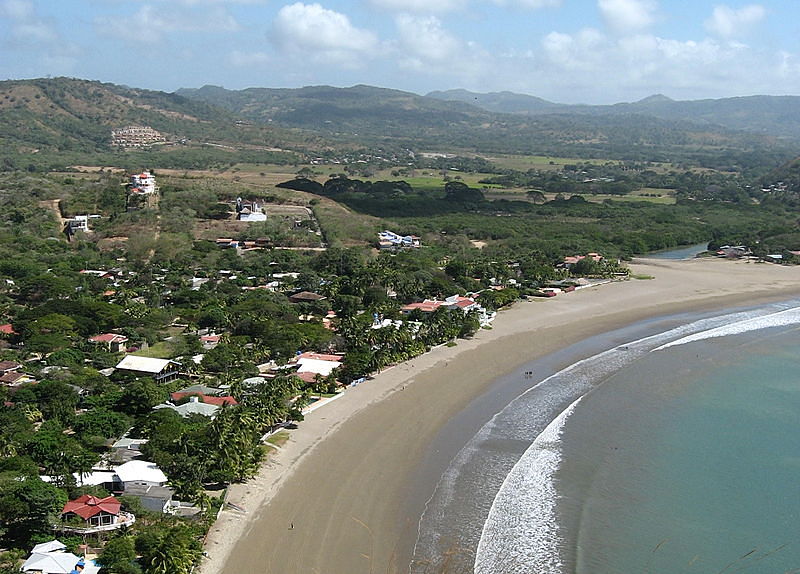 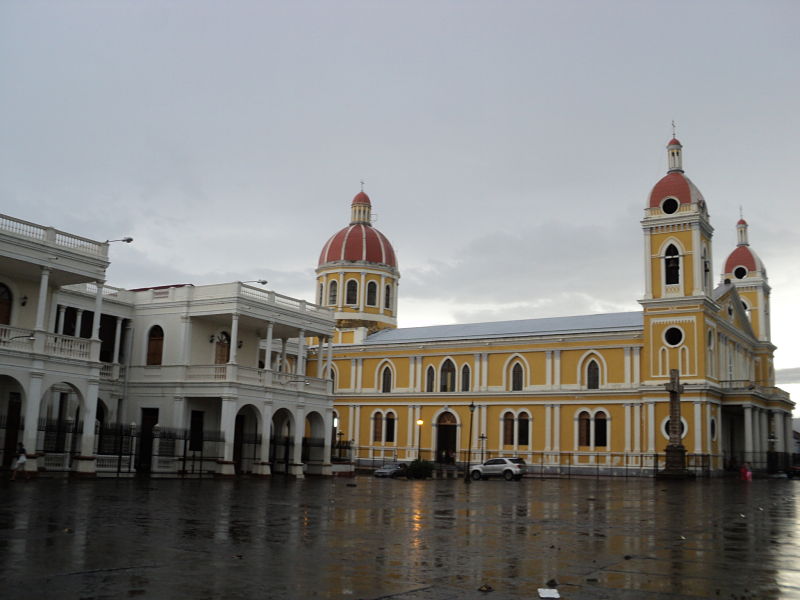 We got to the old colonial town in the middle of a slate-gray rain storm with angry clouds.  The rain started and stopped, falling heavily and intermittently for the rest of the afternoon.  Despite the wetness of the day, the activity of the bustling town was not deterred---tourists roamed the cobbled streets, vendors announced their wares, and taxis moved quickly down the narrow alleys branching out from the town square, a quaint park surrounded by lush trees.

The bright and festive colors of the buildings seemed unaffected by the grim storm, and instead shone brightly against the gloomy sky.  The activity of the small, festive town gave it the feel of intimacy, like a small gathering of friends which will not be cancelled due to bad weather.

Granada has done well to both maintain its colonial heritage and adapt to incoming tourism, as cafes, restaurants, and museums (and sometimes all three at once) were tucked neatly inside of the original architecture as opposed to overrunning it with more modern buildings. For instance, we visited a care/museum inside of an old mansion; we had coffee and dessert while the waters cascaded down the steep roofs into the courtyard garden; from the second story balcony along the street, we could observe the town and its architecture, which probably would have been very similar 100 years ago.

Granada, Nicaragua: charming, humble, and true to its original roots. 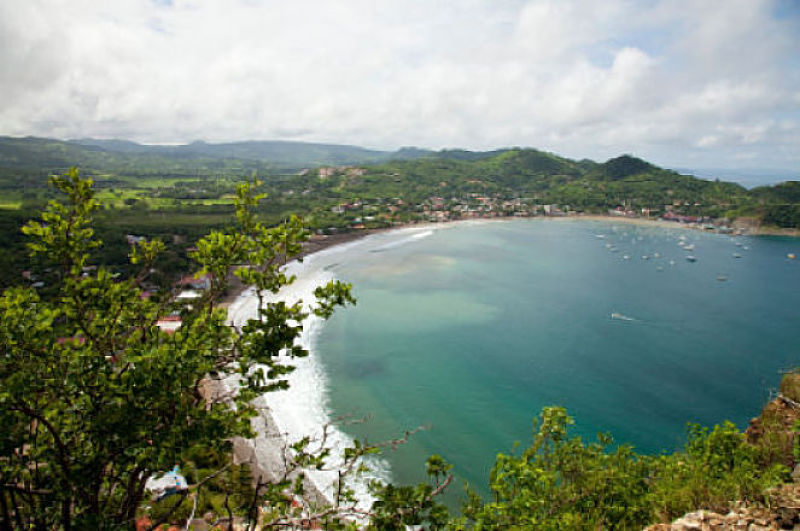 We went with 4 friends to the Pacific side of Nicaragua to a series of beaches surrounding San Juan del Sur.  The town itself was snuggled in a wide, arcing bay with calm waters and layered sandstone cliffs hemming it in.  Boats were anchored in the bay, a natural marina which was free from docks.  To get to their boats, people used small boats or did stand-up paddling.  Colorful striped rocks lay everywhere on the ground.  These were a byproduct of the nearby layered cliffs---they ranged from red to blue to green and purple.

Much like Granada, San Juan seemed to be a world apart; oblivious to anything happening in the outside world (I have found in traveling that this is one of the most appealing traits for me in a vacation spot). Why would the residents and tourists think of anything other than the ocean in front of them? The town provides all of the necessities for living, and the scenery and the topical waters take care of the rest.  I wish I could have stayed for a month. 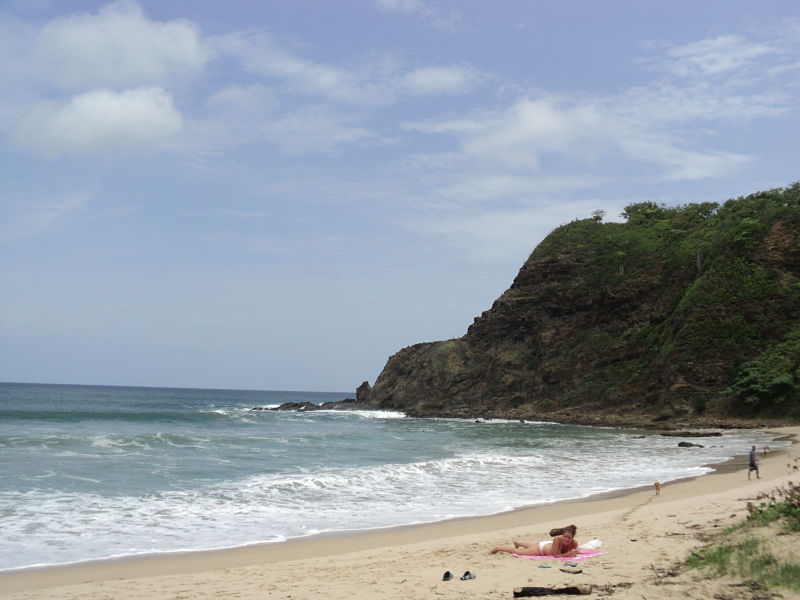 From San Juan, we took a winding dirt road to the hidden paradise known as Majagual.  We had rented a truck with our friends, which was lucky---the dirt road, replete with potholes and deep puddles from the rains, posed a challenge which could not be traversed by most vehicles.  Despite the slow and at times rough ride, we enjoyed the scenery: flocks of butterflies perched at each puddle, fluttering toward the trees as we came splashing along; tropical plants and towering trees gave us shade on the way; and roosters and chickens darted out from the bushes.

The beach itself was picturesque.  The scenery could sell itself to anyone looking for an ocean getaway.  Blinding white sands, soft and warm, sloped easily to the cool ocean water.  There was a group of foreigners enjoying the beach, and this paradise was so remote that they looked up in genuine shock as we came upon the beach (apparently not many people were able to make the trek).  As was the case with everywhere we visited in the country of Nicaragua, we simply didn't have enough time to thoroughly enjoy everything that this beach had to offer.  But it was an unforgettable experience and a truly beautiful view.

One interesting note about the country of Nicaragua: there were not a lot of "North American" travelers in the places we visited.  There were certainly tourists, but they seemed more often to come from other parts of Central America as opposed to the U.S. or Canada, which is usually the case with tourist destinations in these parts.  It seems that Nicaragua's immediate neighbors were just as eager to explore the territory as "true foreigners: from the north.  Why not? Nicaragua seemingly has something for everyone.

Return from Country of Nicaragua to International Travel Homepage