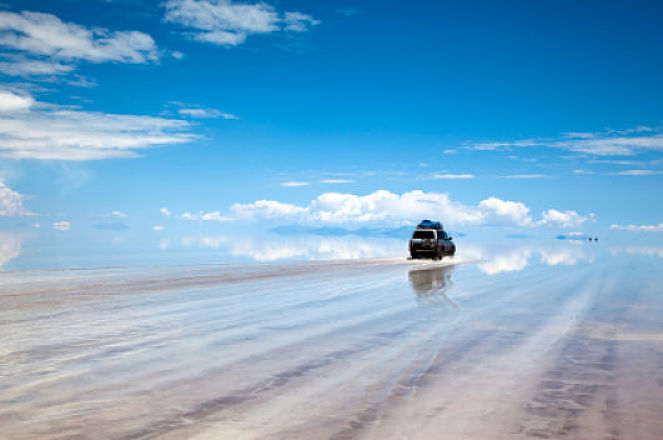 Salar de Uyuni is truly an impressive sight...stretching a staggering 4100 miles across the southwestern portion of Bolivia.  It is the world's largest salt flat, the remnants of a prehistoric lake.

It is located in the altiplano region of Bolivia, a high plateau formed during the geological uplift of the Andes mountains.  At an altitude of roughly 12,000 feet this unique and beautiful landscape is situated between the crest of the Andes and the vast Atacama desert. 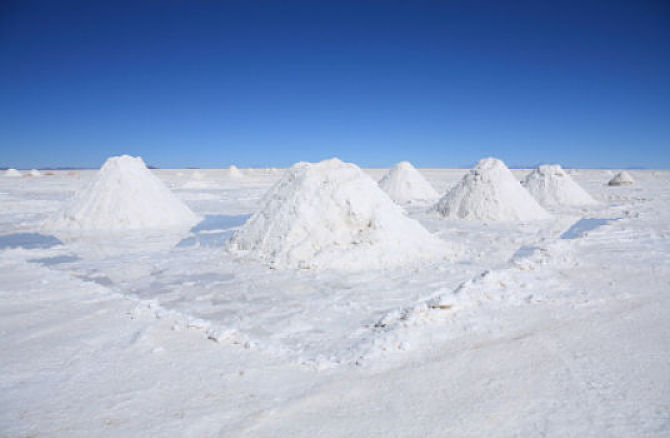 According to Aymara legend the mountains that surround the Salar, known as Tunupa, Kusku and Kusina, were giant people.  Tunupa fell in love with and married Kusku.  However, after Tunupa gave birth to a son, Kusku abandoned her, running away with Kusina.  Faced with her tragic abandonment, the grieving Tunupa began to sob uncontrollably and continued to cry while lactating her son.  The Aymara believe that her slat tears mixed with her breast milk, forming the Salar.

A nearly perfectly flat landscape, the Salar's hexagonal tiles, which are a product of the crystalline nature of the salt, stretch as far as the eye can see, interspersed with small man-made mountains of salt.  If you're planning an adventure through South America, Salar de Uyuni is a spectacular site definitely not to be missed. 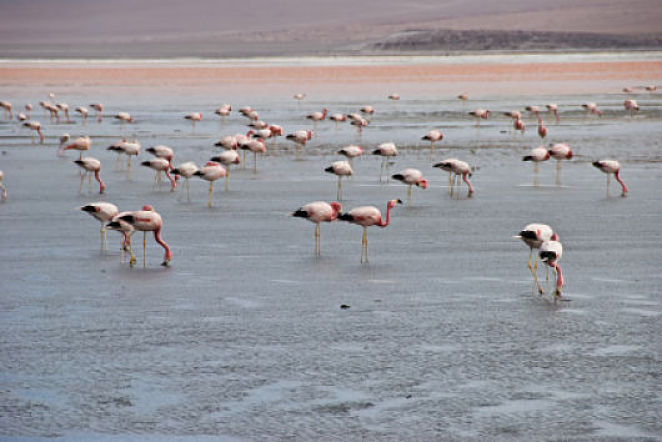 Salar de Uyuni is perhaps most spectacular during the rainy season when its vast salt plains fill with a thin layer of water, typically six to twenty inches deep.  This layer of water reflects the sky, creating an awe-inspiring illusion of infinity that has prompted many to nickname the place "Heaven on Earth".

Though the rainy season runs approximately November through April, November is the especially ideal month to visit Salar.  With the exception of several species of giant cacti, the Salar is virtually devoid of any wildlife.  However, during the month of November it becomes a breeding ground for three distinct species of pink flamingos.  Nearly 80 other species of birds participate in the migration, including the Horned Coot, Andean Goose and Andean Hillsta, and the sight is truly stunning.﻿

How to Get There

Public transport is scarce in the vast and barren Salar, so to cover the most ground is probably best to go with a tour company.  Tours leave regularly from La Paz, varying in duration from a few days to a week.

However, make sure you choose a reputable tour company; it is a good idea to do some research ahead of time.  And don't skimp on safety just to save a few dollars.  You want to make sure your vehicles have seatbelts, emergency radio transmitters and first aid equipment.  It is also a good idea to ask about their guides' levels of training and experience.