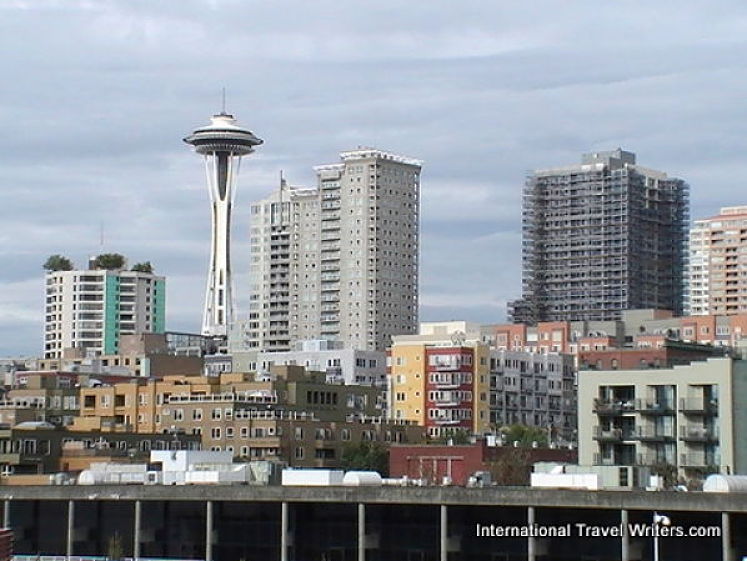 Seattle has long been called the Gateway to Alaska but we were cruising to Panama (mainly because we are Seattle residents) aboard Celebrity’s Infinity from Pier 69. Some of the cruises to Alaska leave from several piers but Pier 91, located a few miles away doesn’t have the tremendous views of downtown Seattle that Pier 69 does. 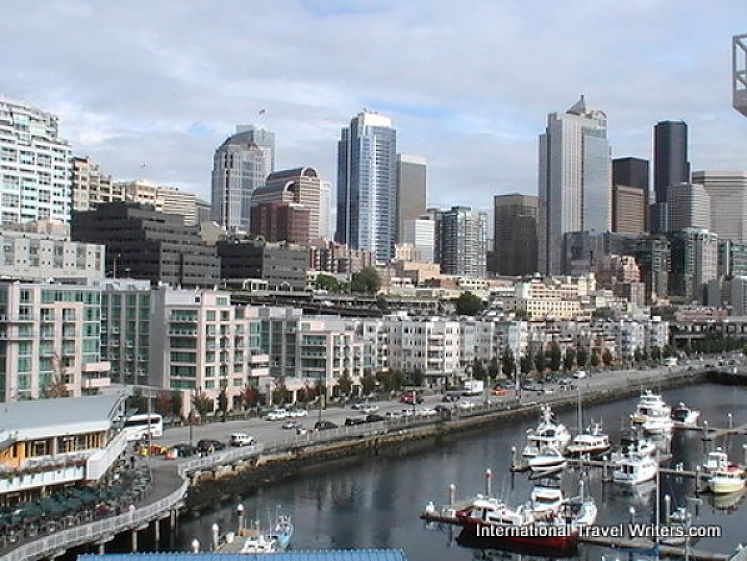 The views of the harbor areas around the Seattle Pier 69 are of the marinas and the offices that line the harbor. The marinas reflect the sea-oriented background of Seattle heritage that transformed many years ago from a lumber community to be the major port that it is today. 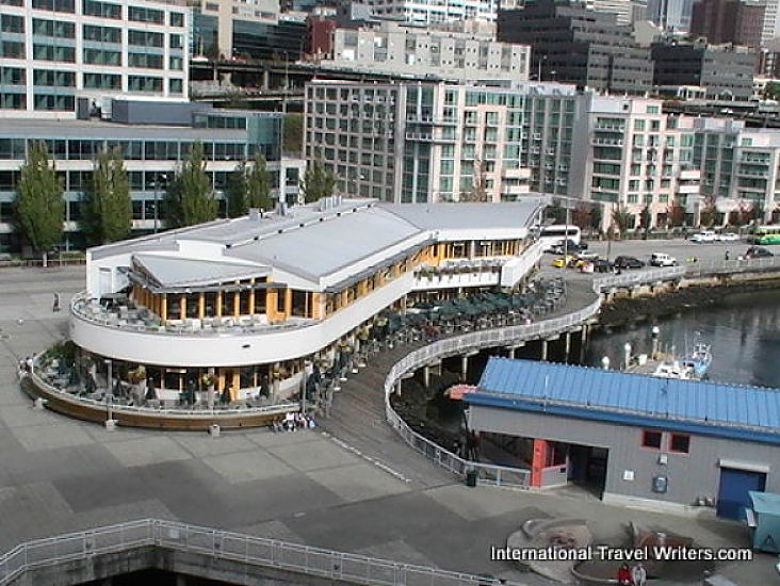 The Piers are equipped to accommodate numerous cruise vessels and have modern facilities nearby the docks. There are offices for the Port of Seattle employees. 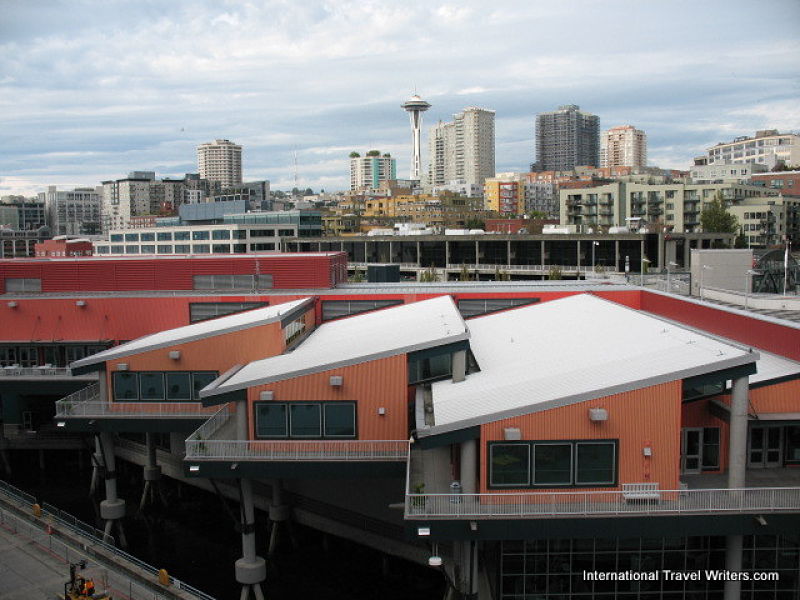 There are also areas to house the necessary storage for waterborne cargo and some cruise ship supplies that will be loaded from here. 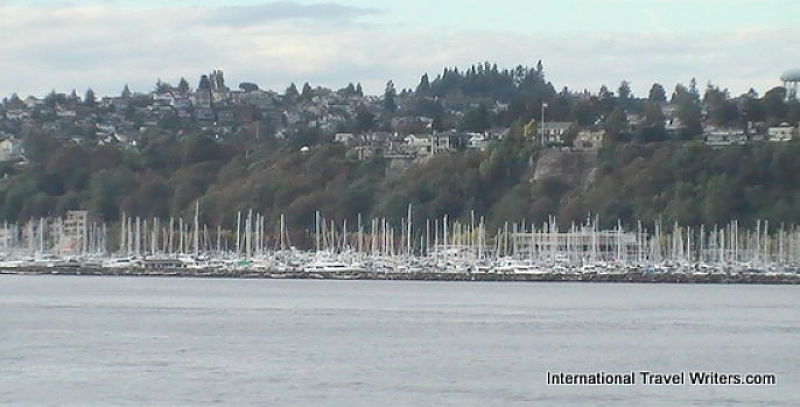 The Seattle skyline and harbor as we started cruising to Panama was impressive...but we're prejudiced being residents of the area. We knew that all we would see was open sea for some time. However, we did get a great view of the Washington coastline with the many boats that prowl its waters. 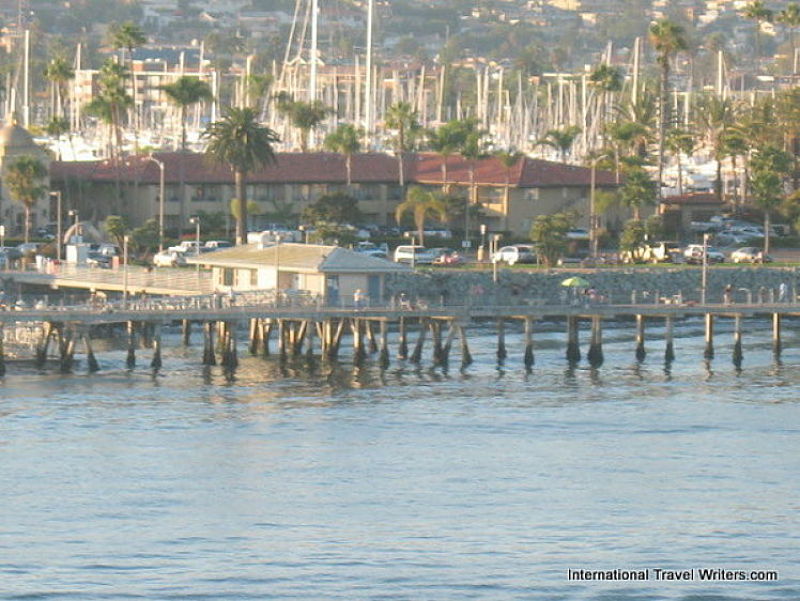 Cruising to Panama from Seattle there are numerous stops along the way and you can choose shore excursions that allow you to get a taste of the area. These tours just scratch the surface but it enables you to decide if you want to return to the area for a longer exploratory visit. The first stop for us was San Diego. The change from the Washington and Oregon coasts was rather significant when we started seeing palm trees lining the coastal waters. 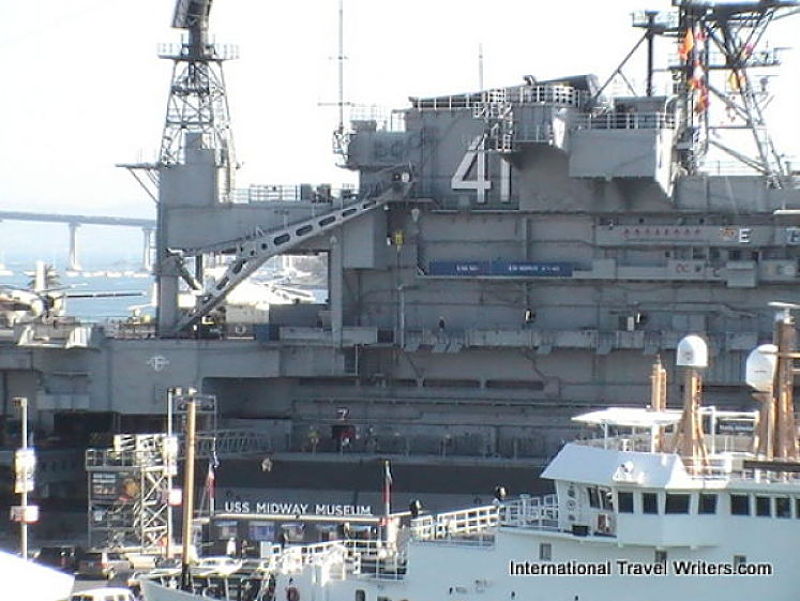 We knew the San Diego area very well because we had lived there at one time so we didn't take any shore trips but did walk a couple of piers over to see the Midway Museum which is right next to the San Diego Cruise Terminal.

Had we been strangers to the area we would have had our choice of a number of excursions: 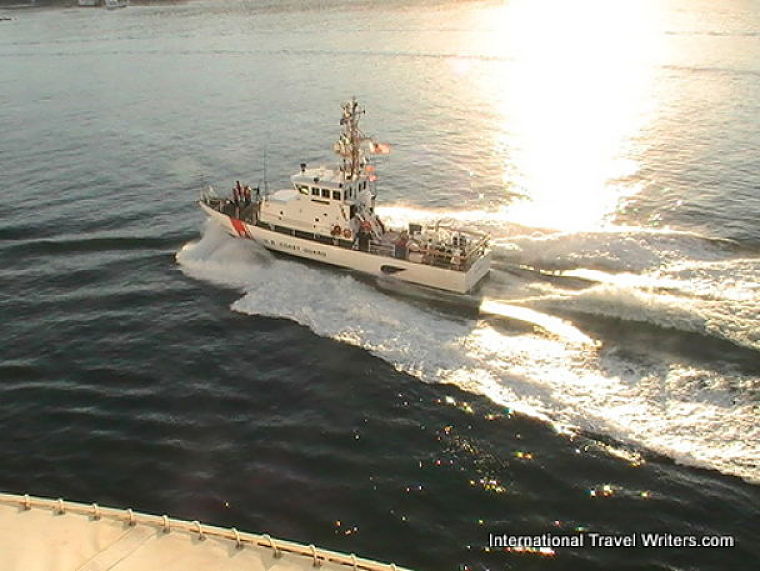 From our balcony we could see the U.S. Coast Guard escorting us to the Mexican maritime border. We were now leaving the American coast and heading into Mexican waters while we continued cruising to Panama. We would visit Cabo San Lucas, Acapulco and Huatulco before we got to Costa Rica. The coast guard crew waved and cheered us on making us feel proud to see them and also see them having a bit of fun instead of just hunting down drug smuggling boats. 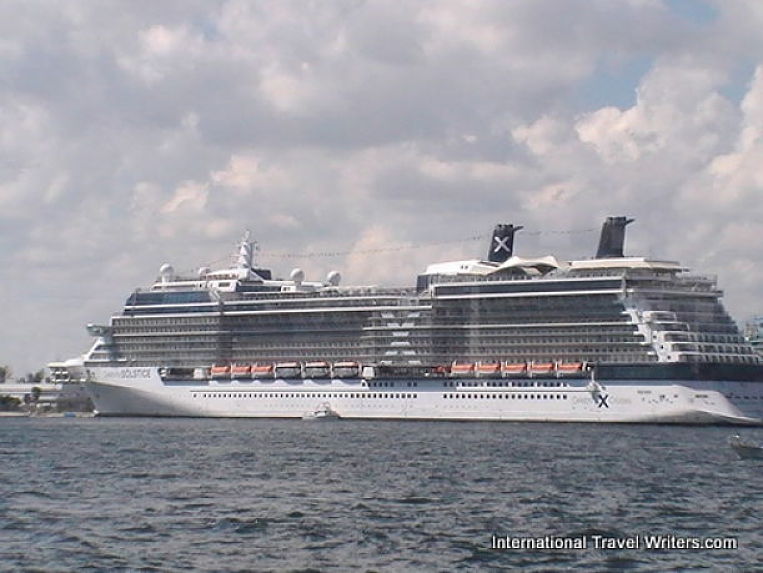 After leaving the San Diego harbor and heading out to sea, we started seeing another ship following us. It was like a shadow ship either to port or starboard...or behind us. It was kind of eerie but we could see the huge X on the side which told us it was another Celebrity ship. We tried to zoom in on the name on the side of it with our camera zoom and then we made out the name of Celebrity Millennium. One ship had departed from Seattle and the other had left the port of Los Angeles. They met up in San Diego and for the next few days there were the two Celebrity ships traveling in tandem, both cruising to Panama. 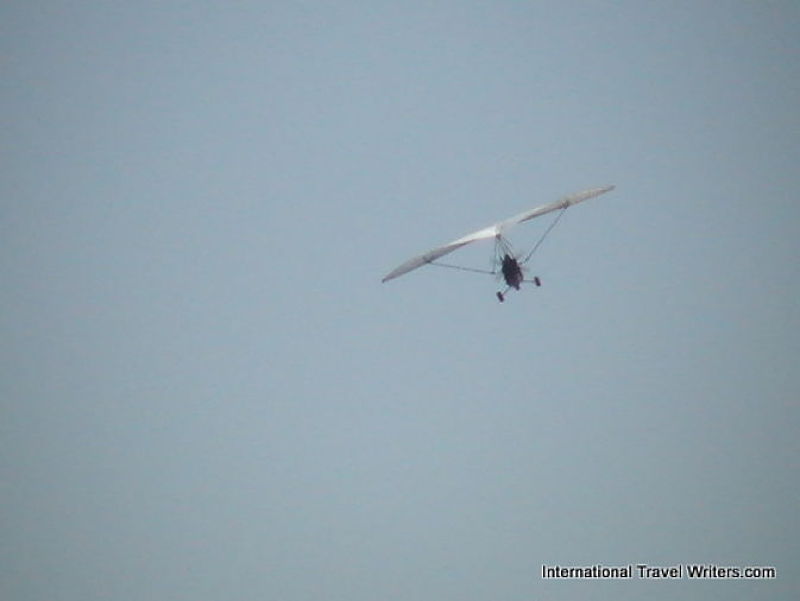 We knew we were getting close to Cabo San Lucas when we saw a hobby plane flying nearby. The coastal area was changing also. 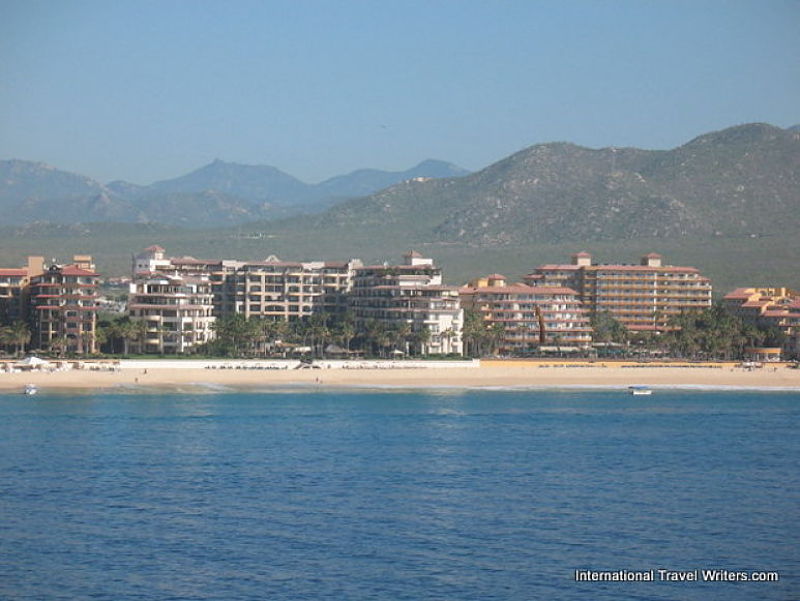 Cruising to Panama gives a real perspective of the phenomenal length of the coast from north to south. We now saw the shoreline of the southern end of the Baja Peninsula and Cabo San Lucas. The condos lining the shore were dense and went on forever. 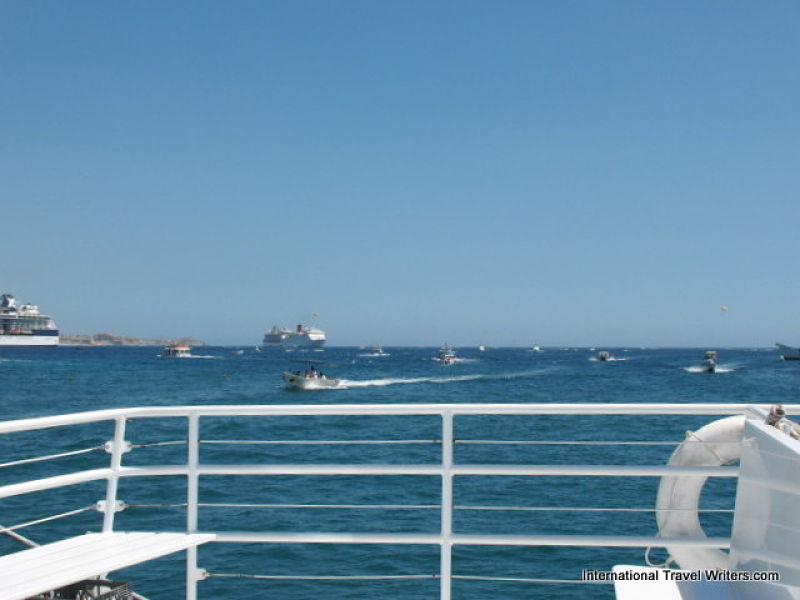 There are a variety of activities available in Cabo and we chose to take a boat trip around the area to view the shore from a different perspective called the Deluxe Coastal Cruise listed last in this list. All the options: 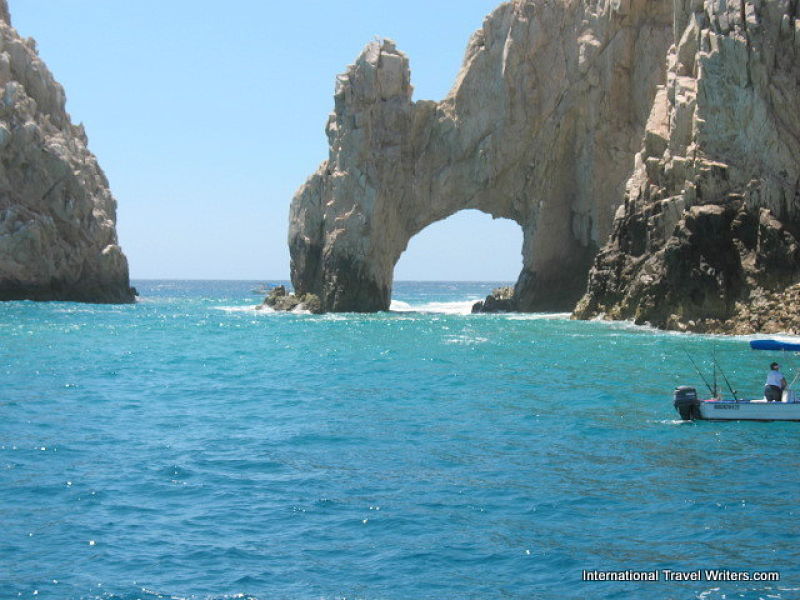 Our sea tour took us to Land’s End also known as Finisterra at the bottom of Baja California and the southernmost tip of Cabo. The rock formations are quite amazing and have survived being battered by the seas for centuries although some erosion has taken place 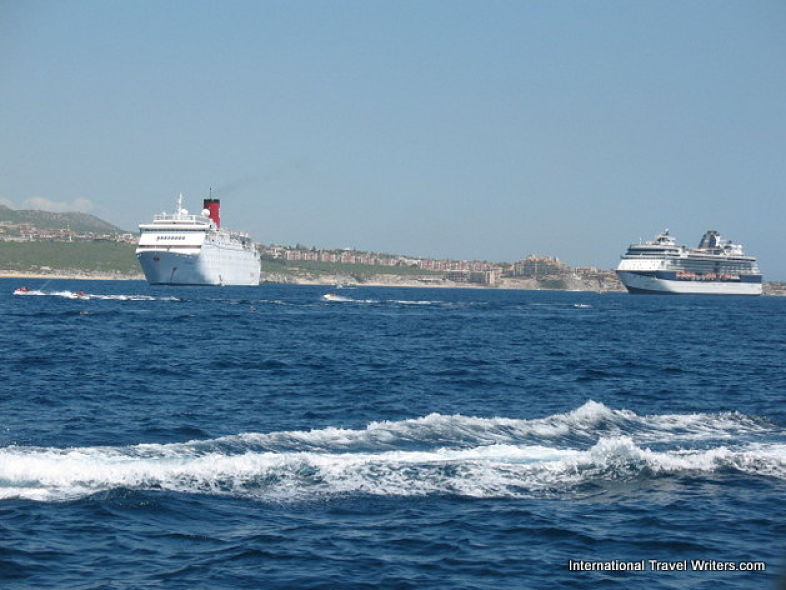 While en-route back to the marina we noted that not only the second Celebrity ship was nearby, but also a Carnival ship which we recognized by the red and blue smokestack. We had also passed numerous other small boats. The traffic near the marina was really quite heavy and there were obviously no laws (or none being enforced) about the speed and right-of-way rules. It was a hectic milling about of craft with a lot of drinking on board. 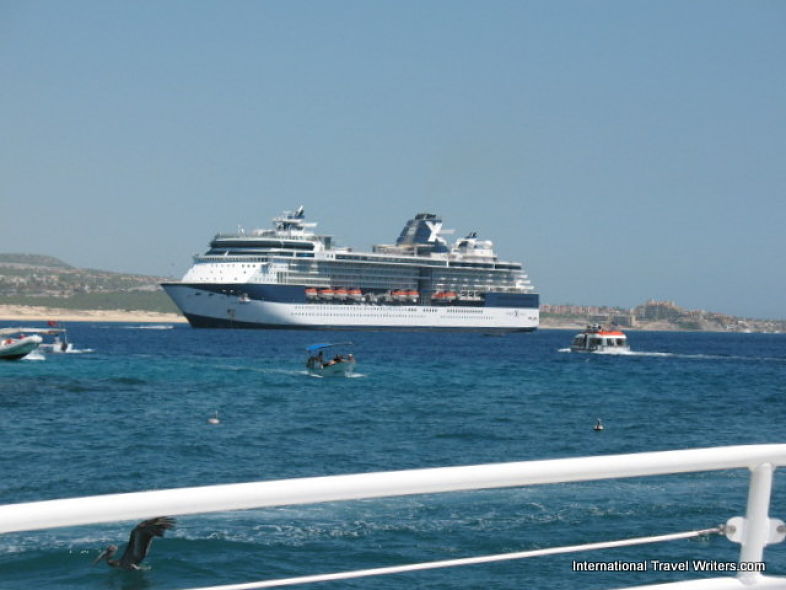 Cruising to Panama was a popular activity judging by the number of cruise ships that were anchored off shore. We had been taken to shore by a tender (a water craft that carries anywhere from 40 to 100 passengers). As the catamaran neared the dock we could see that the tenders were out in full force taking passengers back to the ship. We were lucky that our ship was at the front line of the cruise ships anchored off shore so the boat ride didn't take long.

We would leave Cabo around dinner time and continue cruising to Panama. The next stop would be Acapulco, on the Mexican mainland. The following morning would be another selection of excursions to choose from because we'd be moored there all day. I had lived in Acapulco for a year back in the late 70's so I was curious to see how it had changed. See Cruising to Panama, Part 2 to continue the journey.

Return from Cruising to Panama to International Travel Homepage