A Glimpse at the Beautiful Brazilian Bahia
(by Vincent) 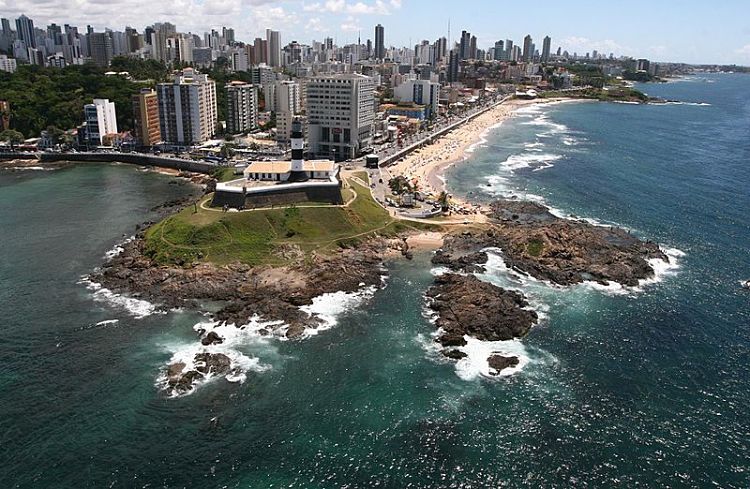 Bahia is Brazil's fourth most populous state after Sao Paulo, Minas Gerais and Rio de Janeiro, and is a true Brazilian gem with its lush array of sapphire jungles, cerulean rivers, and indigo seas.  Settled by the Portuguese in 1549, this area has a rich and fascinating history. The zone was a world center of sugar cultivation from the 16th to 18th centuries and today a number of picturesque, historic towns from this era dot the province's countryside.

The natural beauty of the region has long attracted celebrity guests; Charles Darwin even passed through here on his infamous Beagle voyage.  If you're planning on hitting up the Bahia for a spectacular vacation, be sure to keep the following in mind. 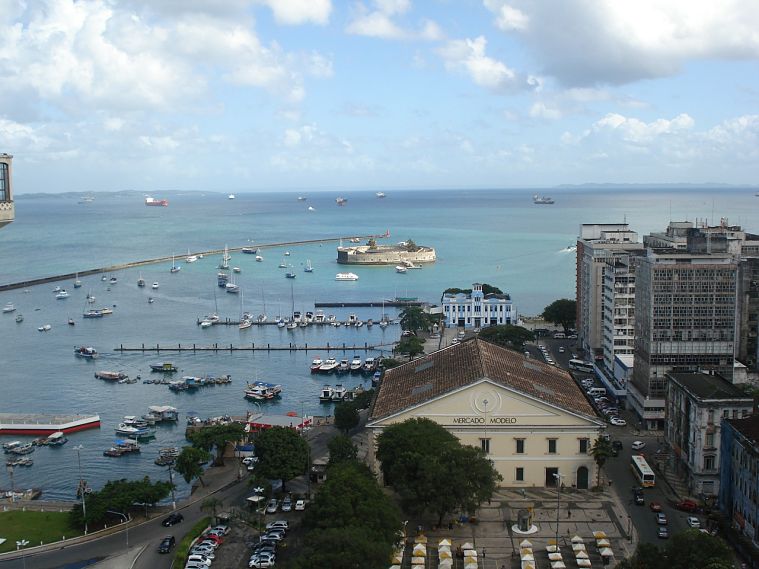 Salvador is the Bahia's tourist mecca.  a UNESCO World Heritage Site, it is the largest city of the northeast coast of Brazil and boasts a beautiful stretch of coastline that is home to some of the world's best beaches.  Salvador' historical center, often know as Pelourinho, is renowned for its beautiful examples of Portuguese colonial architecture and boasts historical monuments dating back to the 17th century.

Interestingly, Salvador is known as a confluence of African and Brazilian culture, having been a former center of the global slave trade.  Be sure to check traditional Afro-Brazilian dances and eat a tasty Afro-Brazilian meal.

You'll also definitely want to hit the beach.  Barra Grande is a quiet beach town south of Salvador with some excellent resorts.  Though, for crystal clear water and soft, pristine sand we recommend Boipeba Island.  Its relatively unheard of and it's pretty rustic.  There are no cars, no roads, and most tourists stay in simple beach huts.  It's ideal if you are looking for a tranquil get away. 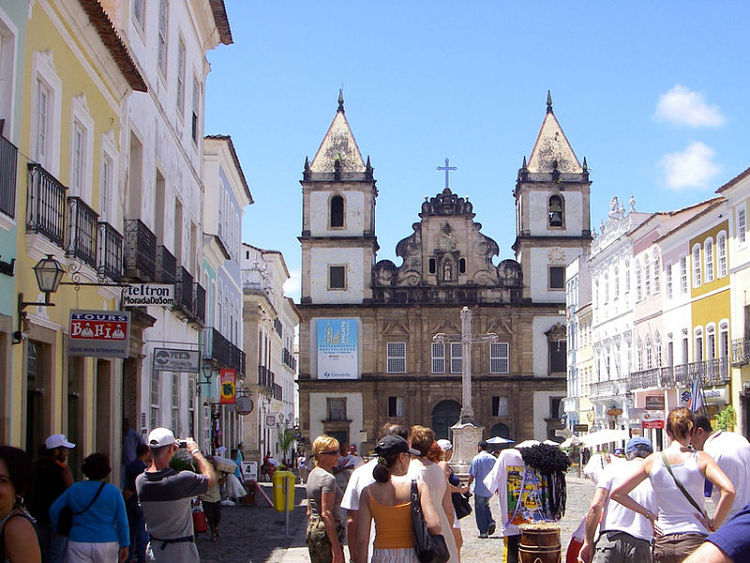 First and foremost, if you're spending a few days in Salvador you're definitely going to want to check out all of that colonial architecture.  Be sure to take a tour of Igreja e Convento Sao Francisco, completed in 1723.  The three-dollar admission fee is well worth it, as this is undoubtedly one of Brazil's most impressive churches.  A baroque style cathedral it is embellished with silver chandeliers, ornate woodcarvings decked out in gold leaf, and hand-painted Portuguese tiles.

The cathedral also has a fascinating story behind it.  Constructed by African slaves who were prohibited from practicing Catholicism, the brutally oppressed builders left their own distinctive marks on the church's design, distorting the faces of cherubs and endowing sacred angels with enormous sex organs.  Most of the fanciful deviations were corrected in the 19th century, though some are still visible.  You also won't want to miss Igreja da Ordem Terceira de Sao Francisco.

Of course, beyond Salvador there is much to do in the vast and varied Bahia.  Visit one of the province's historical sugar plantations or go exploring in the jungle.  The sky's the limit in this beautiful bit of Brazil.