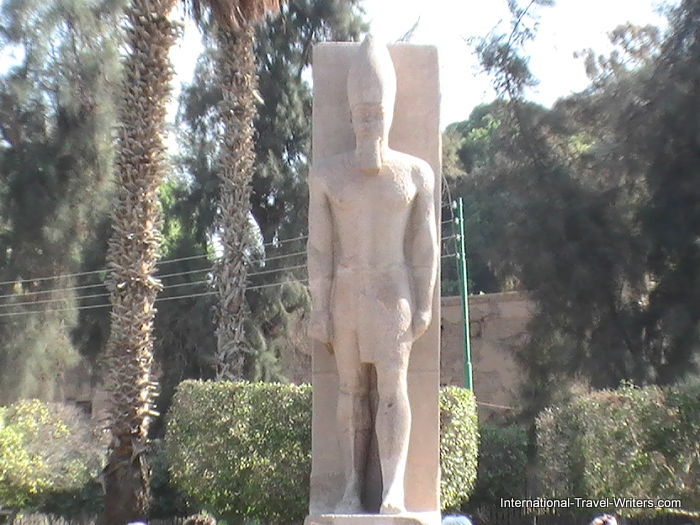 Our trip to Egypt took place in Nov. of 2009 so it was before the recent uprising and the ouster of Mubarak. It was with great fascination that we listened about damage to a mummy in the Museum, having been there just a short time ago. Now that these changes have occurred there, we've wondered how it has affected our guide, a local woman who had already given up wearing the traditional buraqa, keeping her head totally bare, without any type of head covering.

She was well educated and had a Degree in Egyptian Antiquities but I've forgotten the formal name of the credentials. She was doing tours to put together some extra funds for her marriage which was to happen in March, 2010. She was knowledgeable on many topics concerning her country but I don't believe she had ever been outside of it...more 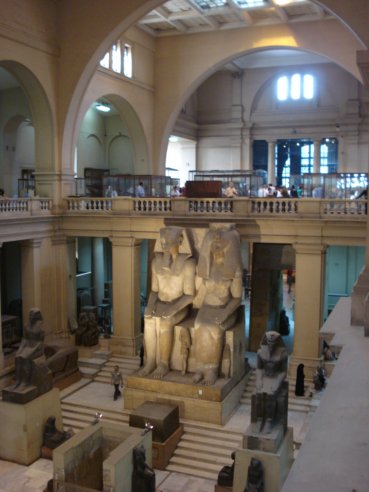 The largest city in Egypt is Cairo, a city that straddles time, spanning the dawn of civilization to the present. Ancient pyramids, historic mosques, Coptic churches, and medieval architecture of Old Cairo to modern Tahrir Square, home of the Egyptian Museum and American University in Cairo, all eras are represented in this amazing city. The museum houses the richest collection of antiquities, including the magnificent Tutankhamen collection.

This museum is showing it's age and seemed a little decrepit to be holding such a vast chunk of history but we were told that a new museum is under construction, and we were glad to hear that.

Wikipedia gives the following historical facts on this... the government of Egypt established the museum, built in 1835 near the Ezbekeyah Garden. The museum moved to Boulaq in 1858 because it outgrew the location. In 1855, shortly after the artifacts were moved, Duke Maximilian of Austria was given all of the artifacts. He hired a French architect to design and construct a new museum for the antiquities...more 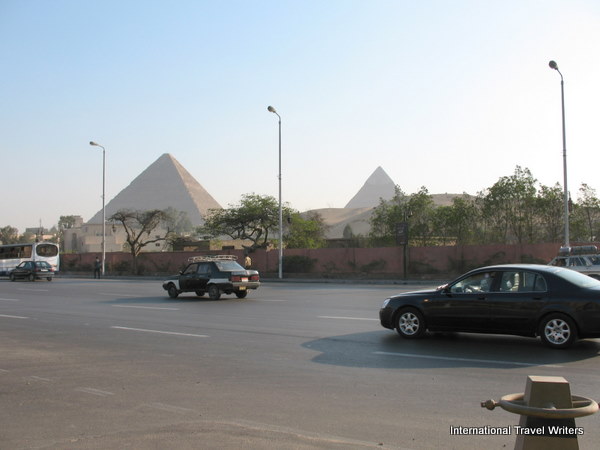 More of Egypt still awaited us so after breakfast and checking out of the hotel we got on the bus and headed south on the blacktopped, modern road to the first Egyptian capital of Memphis. The Temple of Ptah, the fallen colossal statue of Ramesses II and the Alabaster Sphinx of King Amenophis II were ahead.

Afterward we would drive to the oldest ancient cemetery of Saqqara ( 19 miles from Cairo) and see the Step Pyramid of King Djoser as well as continue our trek to one of the nearby Mastabas (tombs) to visit the renowned one, Ti.

Following would be the Giza Plateau, to gaze in stunned reverence at the only remaining Wonder of the Ancient World...the astonishing and beguiling Pyramids of Giza. Because these are in full view from the local highway, an aura, a weird sense of the past blending into your current day permeates your inner compass.

You can sit and marvel at the spectacle from a restaurant or a hotel window...viewing the pyramids through the prism of time as easily as being at home gazing at Seattle's Mt. Rainier...more

Shuffling in the shifting sands of the Great Pyramids of Giza, Egypt 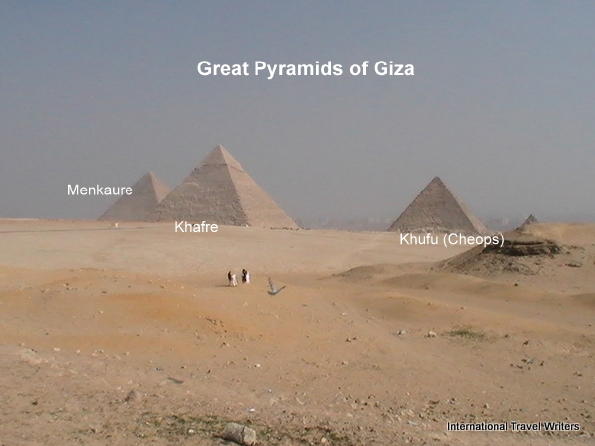 Workers were visible doing restorative assignments, trying to keep pace with the devastating damage that the Cairo smog was inflicting on some crumbling areas that preservative measures, hopefully would help...more