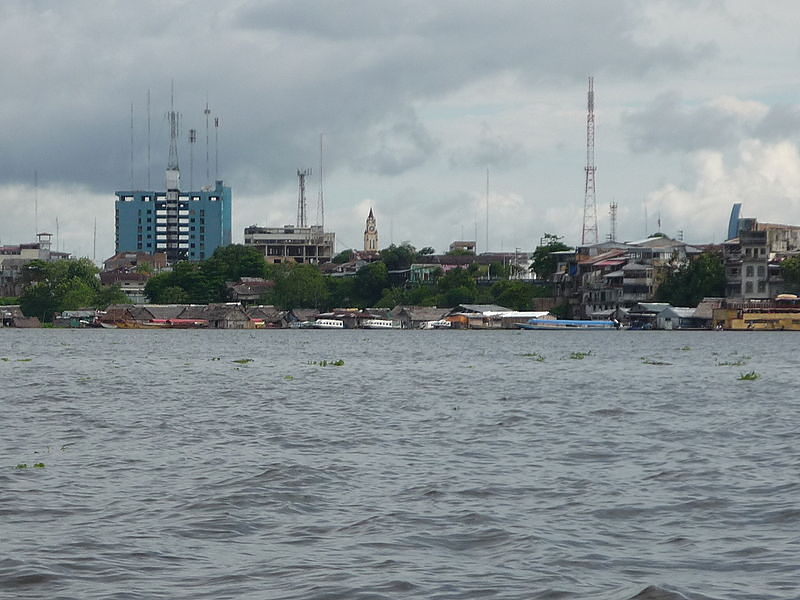 A burgeoning metropolis smack in the middle of the Amazon Rainforest, Iquitos is the largest city in the world that can't be reached by land.  Originally founded as a Jesuit outpost in the 18th century this city exploded during the 19th century rubber boom, when vast quantities of Europeans poured in the city looking to make their fortunes.  Though the Europeans in search of rubber are long gone today it is home to roughly half a million people and the city is unique, diverse, and cosmopolitan.

Astoundingly, the city was once much better connected to Europe than to Peru, back when it was easier to sail down the Amazon and across the Atlantic to London than it was to navigate through a thousand miles of raw jungle to get to Lima.  Though the rubber boom has long since ended the city still retains its unique European flair, a flair that has intermixed with Amazonian culture, food, and traditions.  All in all, Iquitos is well worth a visit.  While you're there be sure to check out these highlights. 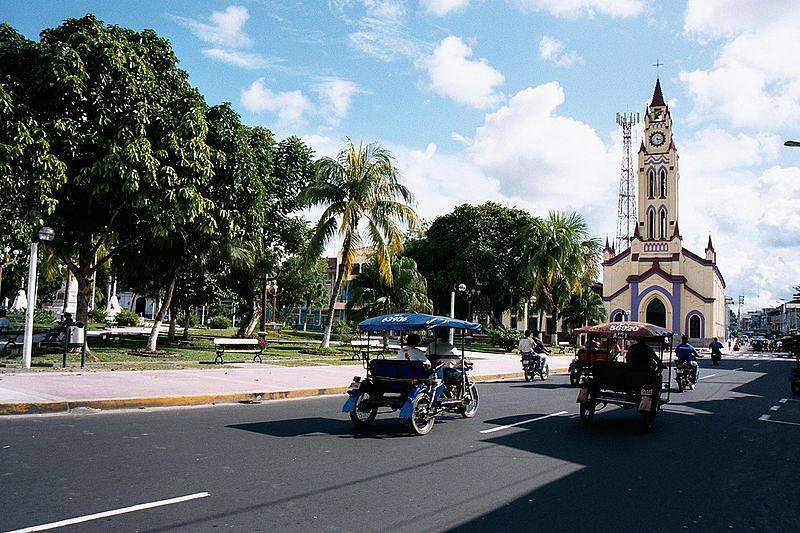 Spend a few nights in the Camiri Floating Hostel.  Run by the colorful Marcel this hostel consists of several floating bungalows.  The rooms certainly aren't anything spectacular but the view of the sun rising over the river is unbeatable.

Admire the Casa de Fierro.  When the Europeans arrived during the rubber boom the wealthiest built beautiful mansions characteristic of 19th century European architecture.  Some of these homes still stand, including the Casa de Fierro (the Iron House).  The once-luxurious residence was actually designed by Gustave Eiffel, the designer of the iconic Eiffel Tower.  It was constructed in Paris in 1860 and shipped to Iquitos piece by piece roughly 30 years later.

Wander through the Pilpintuwasi Butterfly Farm.  A conservatory and breeding center for Amazonian butterflies, the Pilpintuwasi Butterfly Farm is well worth a visit.  The butterflies are bountiful and the species diverse, from owl-butterflies to blue morpho butterflies in a range of shapes, colors, and sizes are represented.  The farm also features an interesting collection of exotic animals, including several monkeys, an orphaned jaguar, a tapir, and a giant anteater.

Eat a meal at the Gran Maloka.  Situated in an old 19th century mansion the Gran Maloka is a throwback to the area's glory days of the rubber boom.  The restaurant features excellent Amazon inspired cuisine and the locale is beautifully decorated. 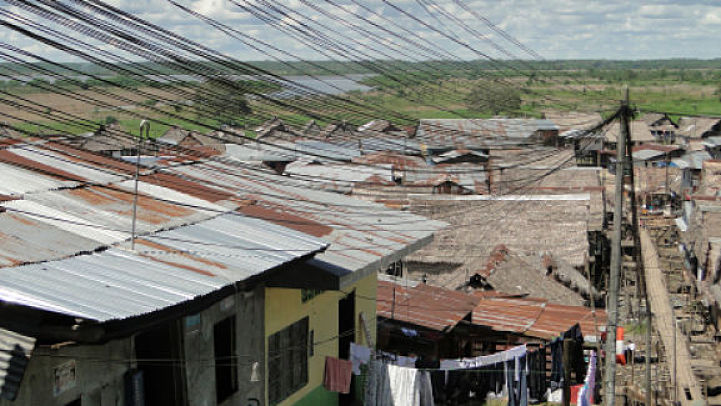 Take a boat tour through Belen.  The Spanish spelling of Bethlehem, Belen is a floating neighborhood situated at the edge of Iquitos within the floodplain of the Itaya River, a tributary of the Amazon.  Because the area floods annually during the rainy season Belen's buildings are all constructed on stilts and the area's residents move around via boat.  A kind of Venice of the Amazon, it's well worth paying a visit to Belen and the area also features a noteworthy market, often described as the largest traditional market in the Amazon.

While Belen is a fascinating place it isn't anything glamorous.  Poverty is endemic and the area is plagued by poor sanitation and illness, in part because its aquatic surroundings make building proper infrastructure a challenge.  It can be a dangerous place so make sure to go with a reputable tour company and don't linger around after dark.