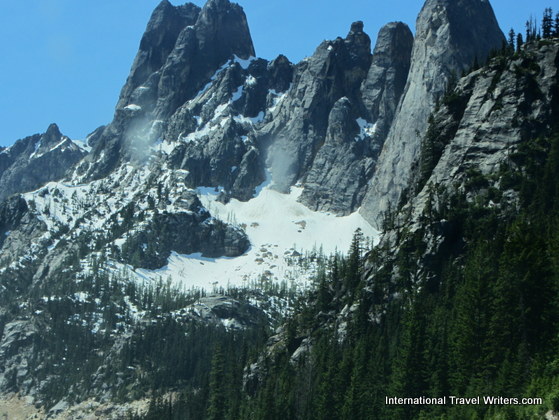 Colville, in Washington State, is one of the state's camping and fishing paradises. The nearby National Forest has 28 developed campgrounds and if you want a more rustic experience you can set up your tent at sites along crystal-clear streams. 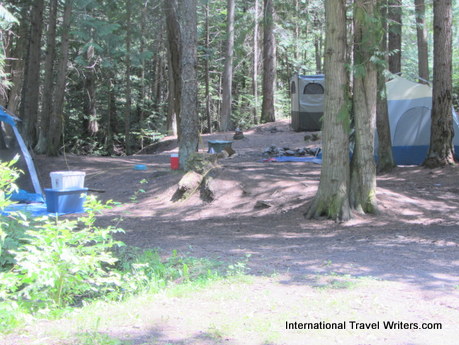 The National Forest encompasses a mountainous area consisting of the Kettle River and Selkirk mountain ranges. Lots of wildlife like grizzly and black bears, grey wolves etc. abound. It also has the last remaining herd of caribou in the lower 48 states. 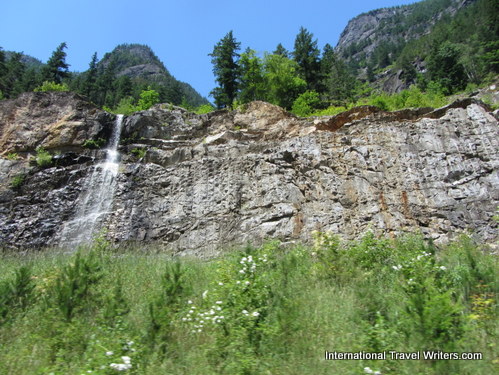 Although these pristine wilderness outdoor holidays appeal to many, including my spouse, I'm too old to enjoy the same "roughing it" attitude that I did fifty years ago. Because of this desire to sleep where there was a "real bed", we made a wonderful discovery...the Colville Inn. 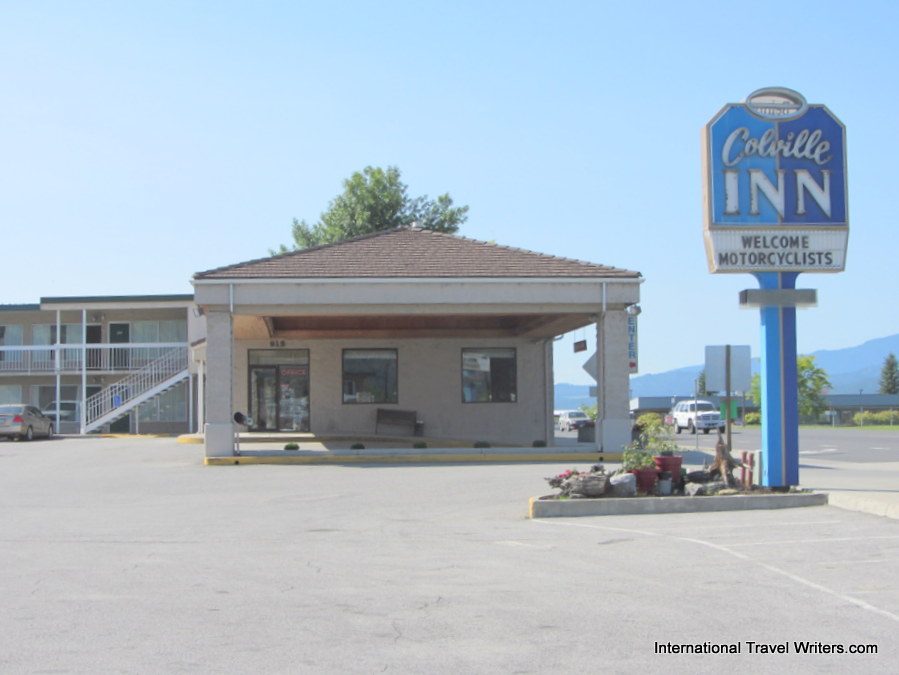 The purpose of this trip was for my spouse to revisit the area that he spent summers as a child. His grandparents hosted he and his siblings each summer and they hiked and fished the streams as well as cavorted all over as kids will do. He did find a stream to fish and caught a few eastern trout. 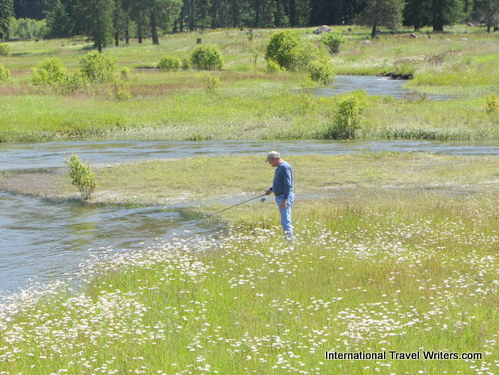 We had driven out of the town and headed up the road to a town called Leadpoint which was where his grandparents had lived. It is a ghost town now with very few residents. The old one room schoolhouse where his grandmother had taught from the early 1930's into the '70's was still standing and the teeter-totter was still visible. 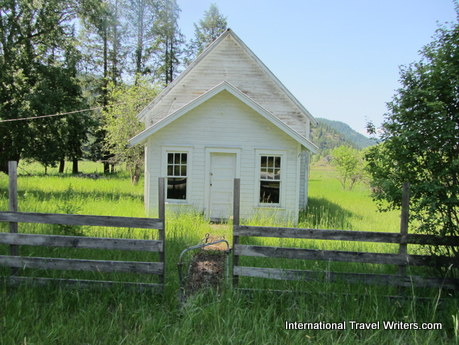 There were a few farms, some active and others abandoned, that dotted the landscape. The road was like a ribbon gently cutting a swathe through the rolling hills and serene valleys. 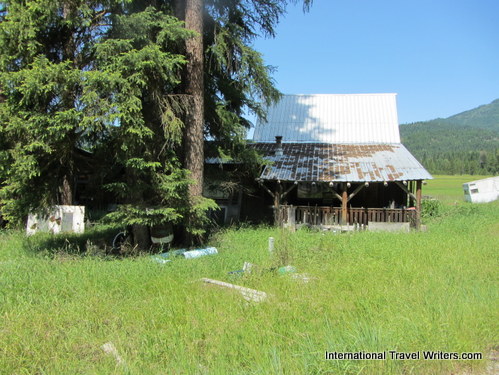 The area had a sense of peace. It was quiet and you could hear the gentle running of the creek as the water passed over the stones. The water level was fairly high because summer had arrived late and the water was still seeping down the mountains. We saw very few vehicles over the couple of days that we were there. 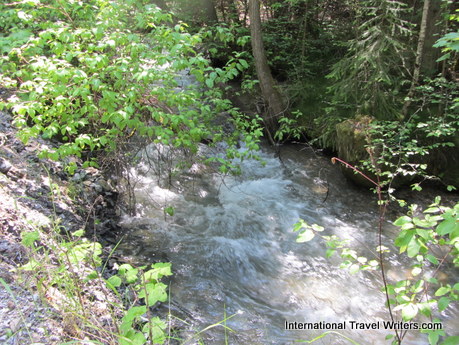 The town just outside of Colville called Leadpoint had been home to a number of mines in it's past. It was founded during the 1890's and high grade lead was mined there. The town had a population of 200. A major mine had been the Calhoun Mine which has been closed for some time. They have cleaned up the area but there are still residual buildings. 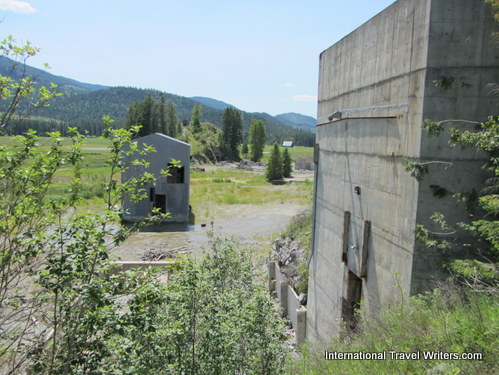 We were seeking other "fishing holes" and investigating creeks and streams but the water was running too fast. We then saw a sign for public fishing. 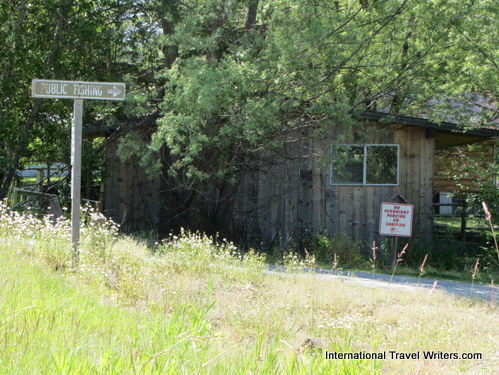 Between Leadpoint and Colville there was a beautiful lake that had homes built around it. It was called Deep Lake. It appeared to be a vacation home area where people maintained small cabins and houses to enjoy the summer weather and fish. 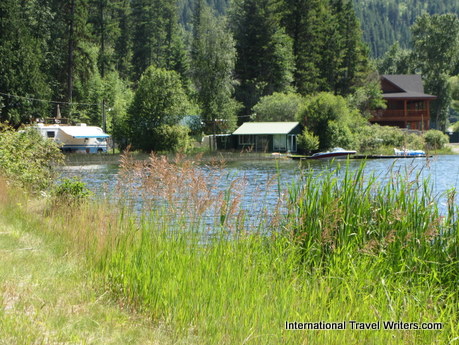 The area gets a lot of cold weather and snow in the winter and other than a few hunters, there aren't a lot of tourists in the colder months. One of the displays in the lobby of the Coville Inn was an impressive trophy bagged by the current owner. 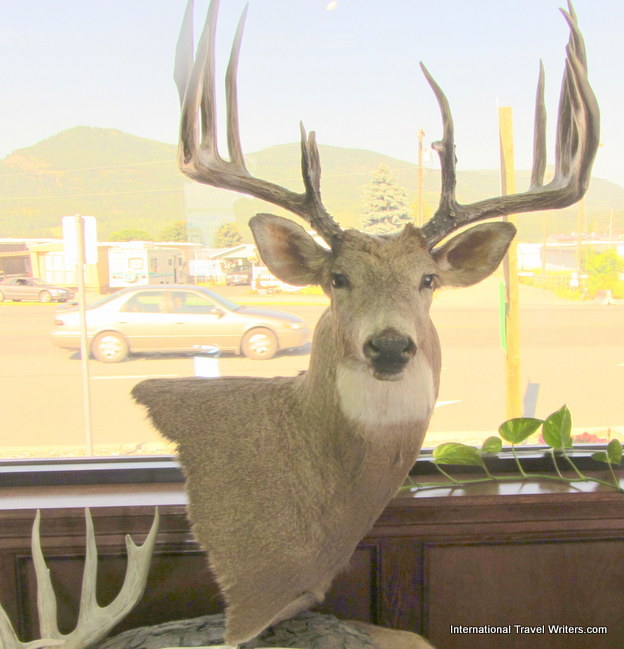 Driving back over the mountains was breathtaking. The views were phenomenal. The drive from Seattle can be done in six hours allowing for gasoline and snack stops. We drove leisurely so if someone was in a hurry they could shave some time off of that. 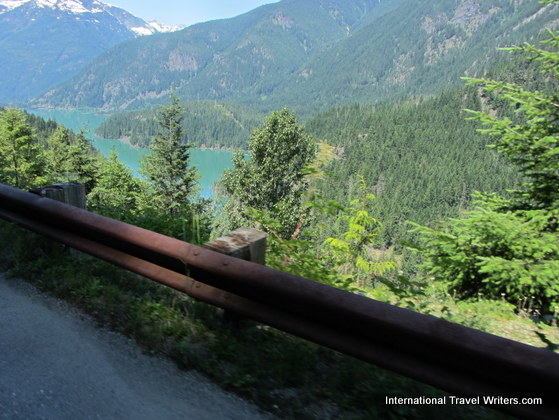