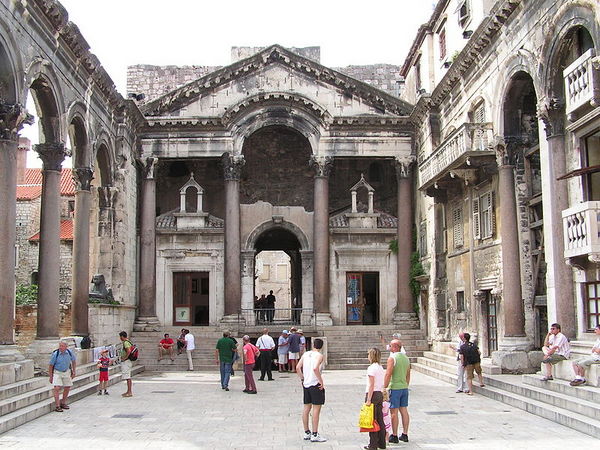 The Diocletian Palace spans almost 10 acres. What tends to stand out in your mind as you stroll through the subterranean passageways and wander through the streets above ground is that Roman Praetorian Guards and an Emperor of Rome once placed their feet where you step. 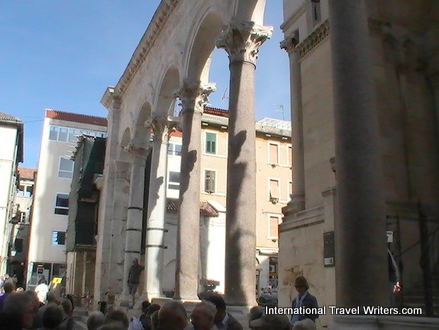 Diocletian spent the 3 last years of his life at his palace and it combined the refinements and opulence of a massive villa with those of a military camp…both of which gave him comfort.

He had a monumental court called the Peristyle that provided access to his apartments that spanned a block along the waterfront. The photo below shows the massive complex as it once stood.  It is a replica fashioned to show all the units because a number of them today are only shells of what once was. 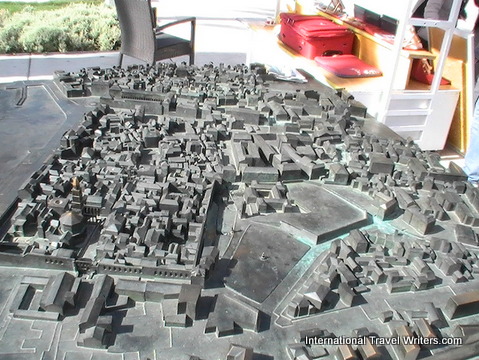 Time truly does change everything. Sometimes it’s for the good and other times a slice of history is swallowed… but with his Palace…he left a legacy that was a refuge for exiled imperial family members as well as a place of safety for common citizens fleeing the Avars and Slavs as the 7th century dawned.

Since that time the palace has held occupants that included residents making their home there or businesses within the palace basement that co-existed within the walls. 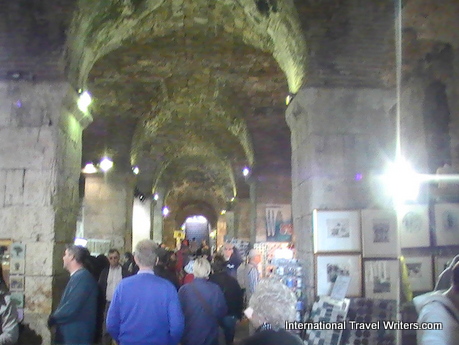 Even today, many homes and restaurants occupy space there, within these grand walls with a phenomenal history. This palace has survived time, with a little restoration help, and is a symbol of the opulence of Rome and its Emperors. 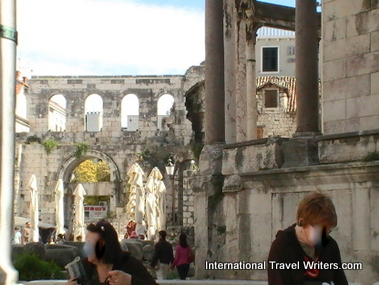 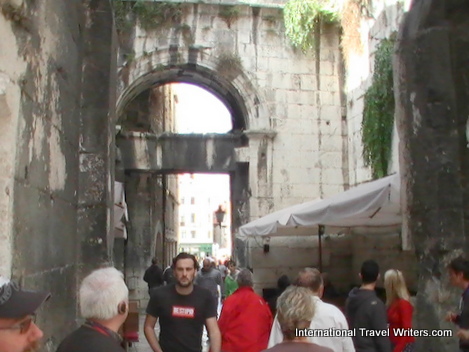 There were several gates. The Golden Gate and the Silver Gate…along with the Sea Gate (which was much smaller and was assumed to be a private access to boats or an entrance for supplies) still are visible. 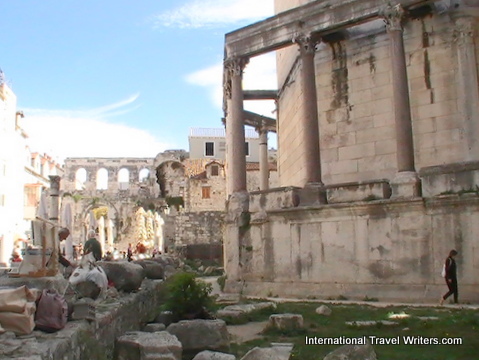 Ancient ruins were remarkably well preserved and left to be the remnants of a past glory. 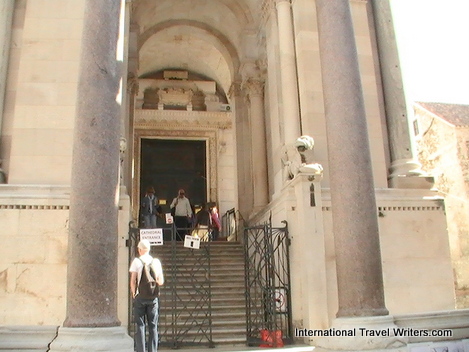 Some buildings such as museums and churches are gated to keep visiting hours controlled. 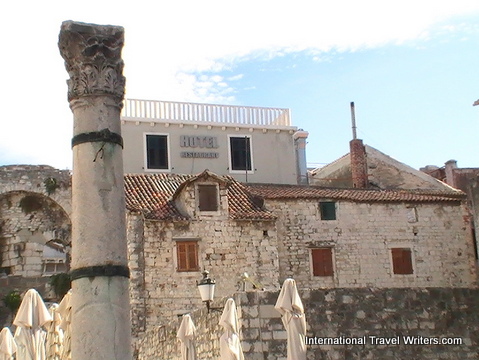 A newer hotel is sandwiched between older buildings that have been partially restored. 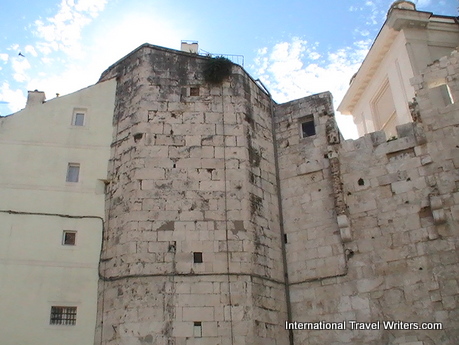 Mixing the old with the new appeared to be common at this location. 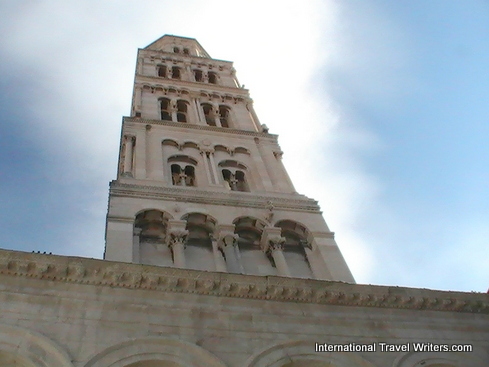 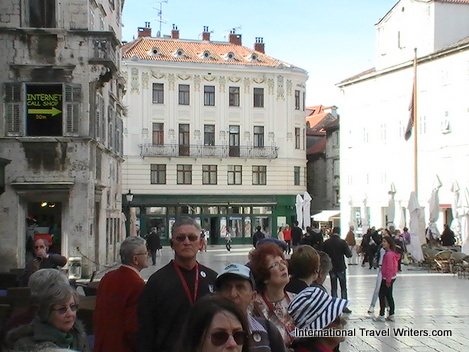 The large central square was not only a gathering location but housed numerous shops. 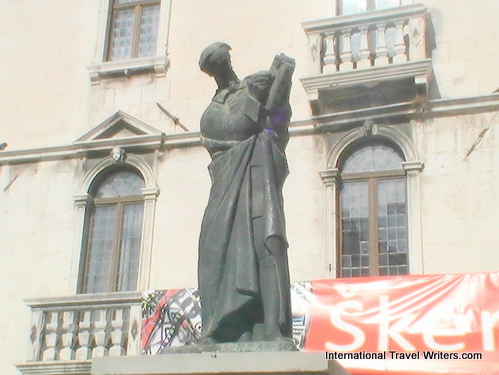 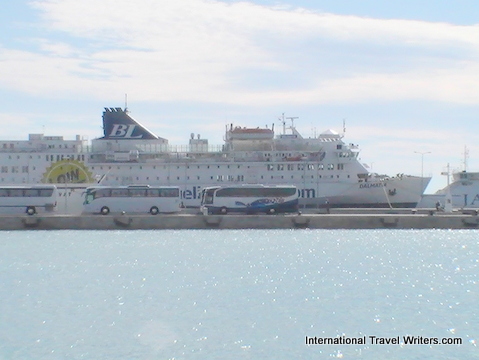 The waterfront and ships at the dock were visible from the Palace.