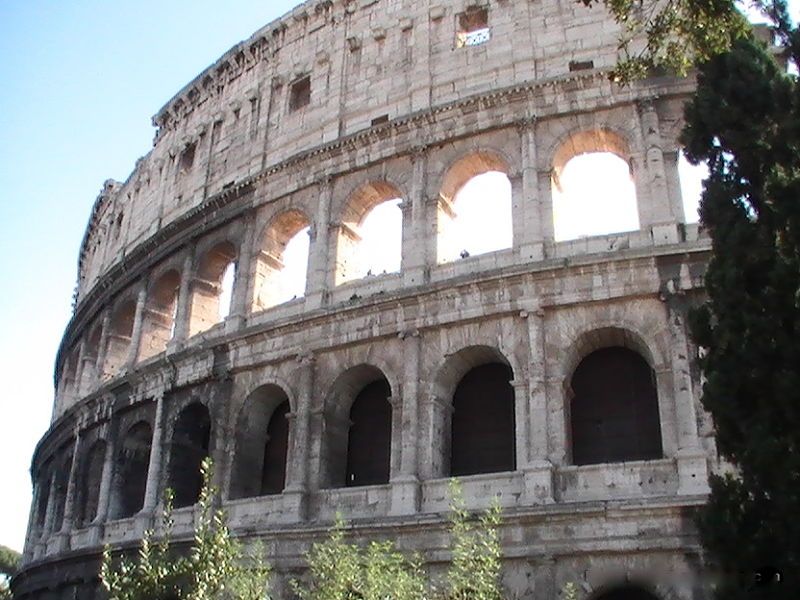 For years the mental image I had of the Colosseum was the one in the photos with light shining through the open spaces of the arches on several floors, the whole time portraying evidence of a miraculous survival of an ancient theater of entertainment that evoked visions of gladiators fighting to defeat whatever was thrown at them so they could survive.

I knew they had to fight lions and tigers, wild boars and bears, but I was not aware of the horrific slaughter that went on with even the proud and defiant elephants... 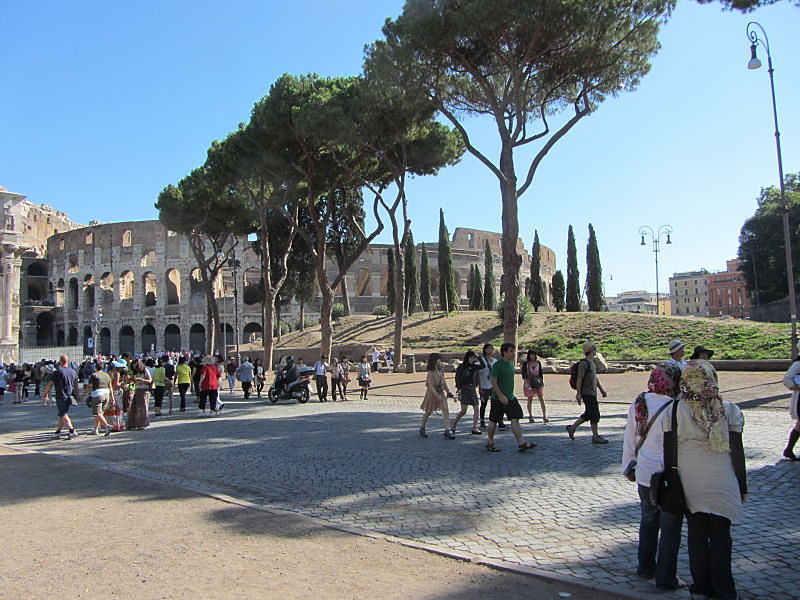 Thumbnails of the Colosseum: 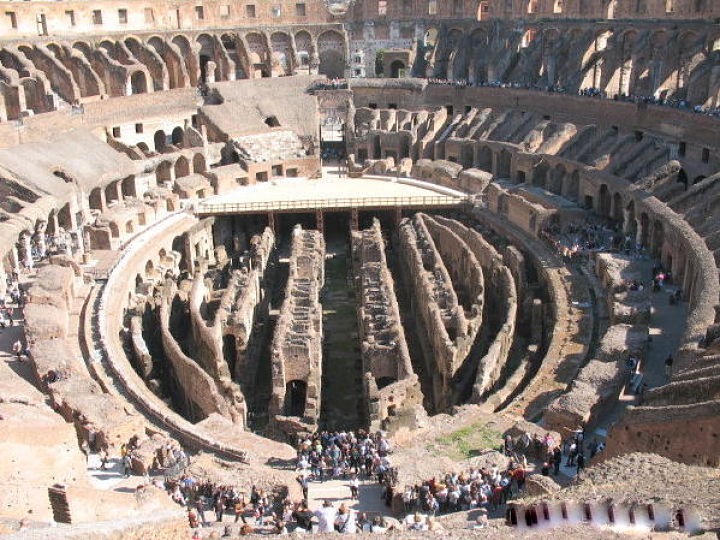 The Hypogeum, the underground area of the arena, was constructed by Vespian’s younger son Emperor Domitian. It had a wooden floor covered by sand that concealed an elaborate “backstage” area. It actually consisted of a two-level subterranean network of tunnels and cages beneath the arena where gladiators and animals were held before the action began.

80 vertical shafts provided instant access to the arena for caged animals and scenery pieces concealed underneath. Larger hinged platforms provided access for elephants, rhinos etc. It was restructured many times over the years and at least a dozen different phases of construction can be seen. The skeleton has been unearthed. 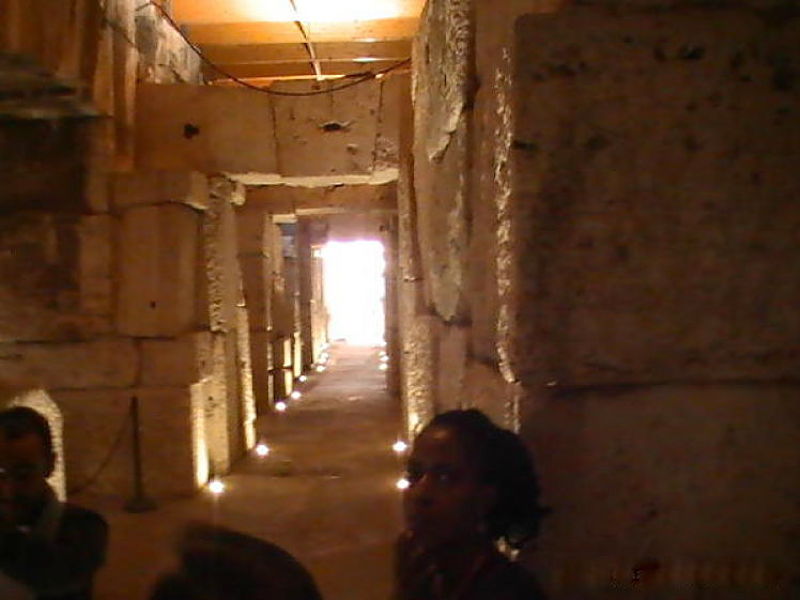 The hypogeum was connected by underground tunnels to a number of points outside the structure. Separate tunnels were provided for the Emperor and Vestal Virgins to permit them to enter and exit without needing to pass through the crowds. Animals and performers were brought through the tunnel from nearby stables and the gladiators’ barracks at the Ludus Magnus was also connected by tunnels. 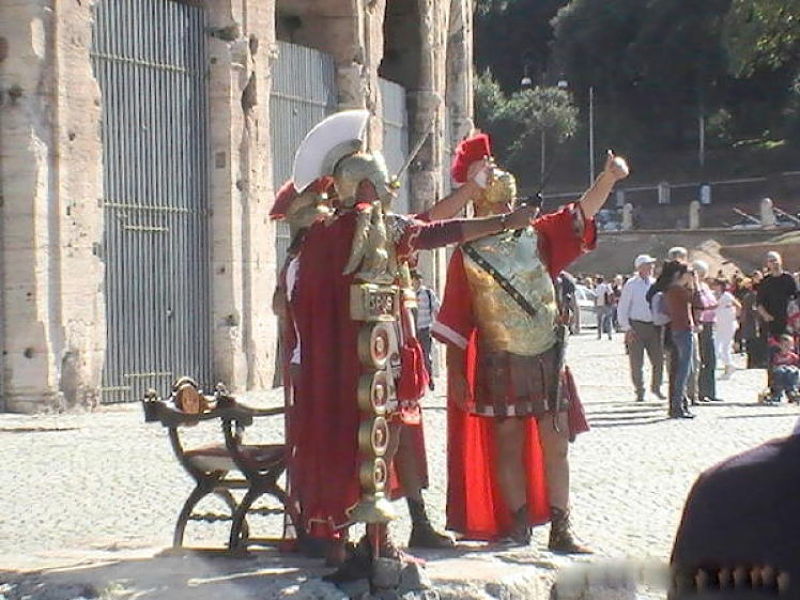 Today, there are local Italian men who earn a living dressing in the ancient Roman military attire of the past and they have their pictures taken with tourists or provide directions to nearby attractions.  I'm not sure if they are employed officially or not, but they are older gentlemen who are polite and they can be seen near many venues. 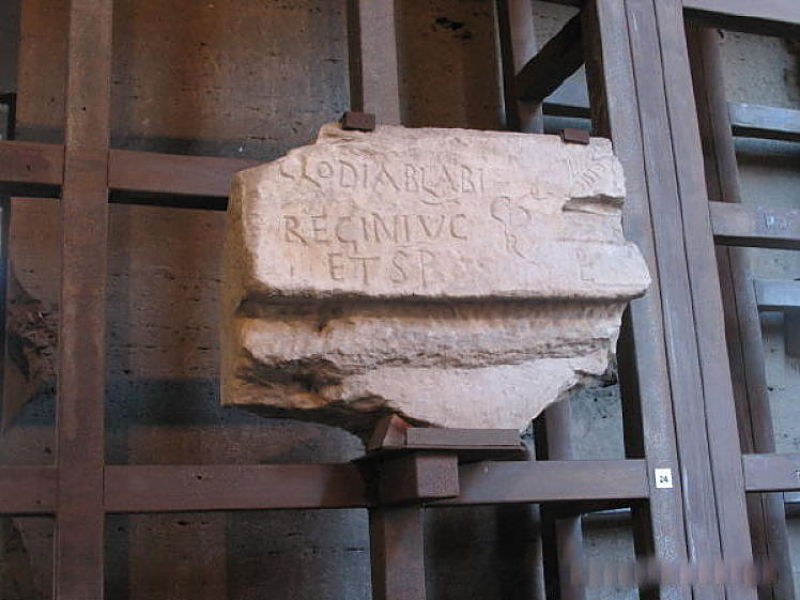 The Colosseum had assigned seats for senators much like our Season Ticket holders of today. The names of some 5th century senators can still be seen carved into the stonework showing the area that is reserved for their use. From upper stories can be viewed the Arch of Constantine, Palatine Hill and the Roman Forum.

Ticket prices are tiered... 18 Euros for general admission, 27.50 Euros for a tour that includes the underground and top floor plus they have special tours that can be arranged that are priced somewhat higher…we opted to have Hotel Raphael make our arrangements because our time was limited.

Also, there are discounts for students and those over 65 plus children in strollers are free. A big plus is that your ticket includes the Palatine Museum, Palatine Hill and the Roman Forum 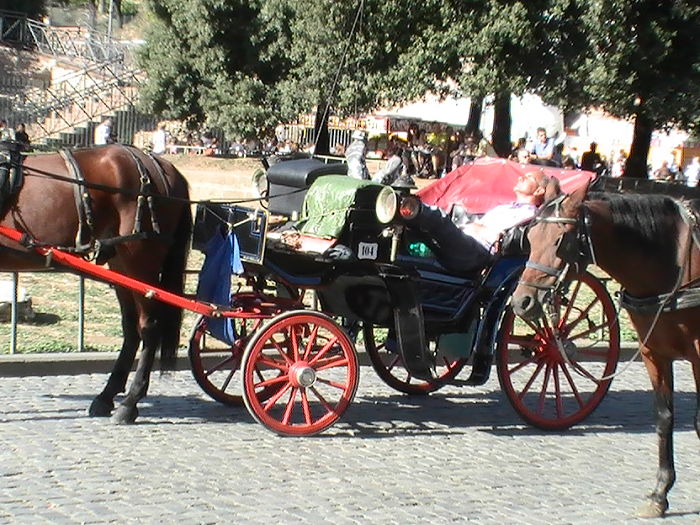 Outside, taking a nap, was one of the buggy drivers.  These buggies are available for rentals to transport you either around the exterior of the structure or they also provide transportation over to the adjoining Palatine Hill as well as other nearby attractions. 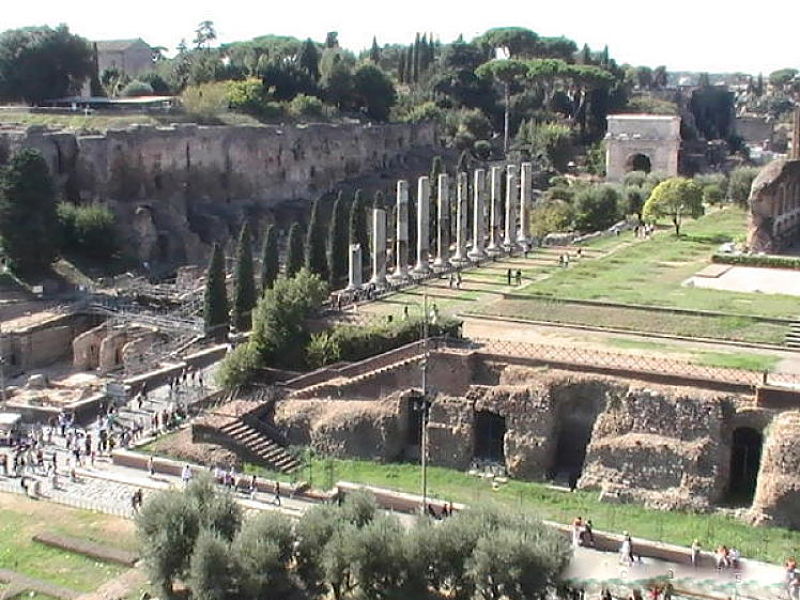 A note of interest is that currently the local authorities of Rome change the color of the Colosseum’s night time illumination from white to gold whenever a person condemned to a death penalty anywhere in the world gets their sentence commuted or is released…or if a jurisdiction abolishes the death penalty.

It is also the site of Roman Catholic ceremonies in which the Pope leads the Stations of the Cross called the Scriptural Way of the Cross at the Colosseum on Good Fridays.