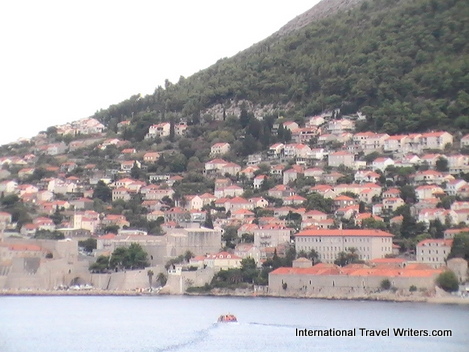 Dubrovnik is a walled city on the Adriatic Sea coast of Croatia. In 1979 the city joined the UNESCO list of World Heritage Sites. It was the only eastern Adriatic city-state to rival Venice. It is among the 10 best medieval walled cities in the world.

The fall of Constantinople in 1453 to the Ottomans led to a lot of the fortifications being built. Bosnia fell in 14163 and that also was a motivation to build with speed. 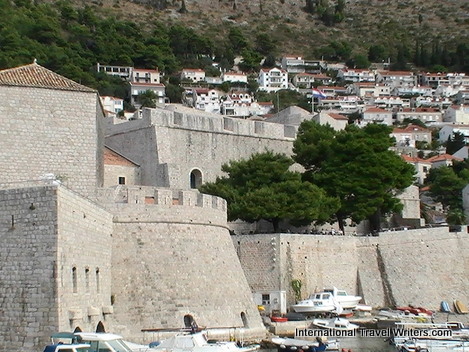 The walls run over a mile around the city. The walls run from four to six meters thick on the landward side but are thinner on the seaward side. There are a number of turrets and towers that assisted in protecting the city. 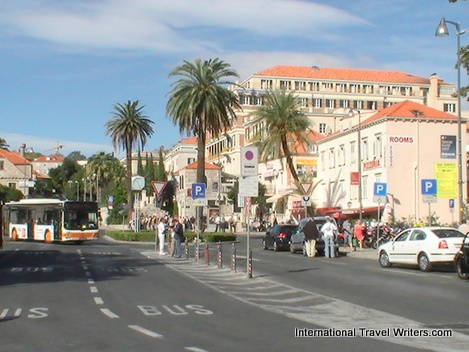 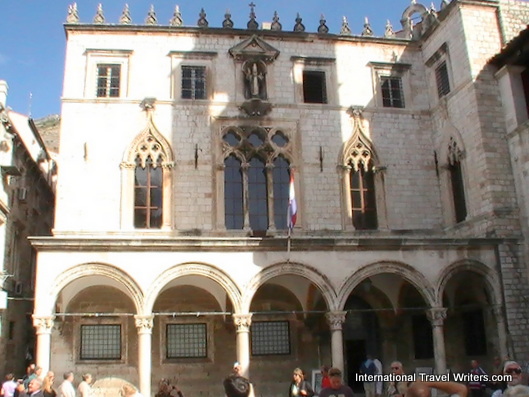 Sponza Palace was built 1516-1522 and sits at the end of Stradun street. It used to house the custom office, the mint, the bank and the armoury. It’s a mixture of Gothic and Renaissance styles. It is now the archive and has a special opening ceremony of the Dubrovnik Summer Festival. 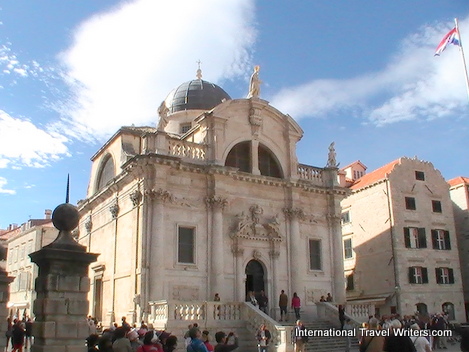 St Blaise Church is a baroque church built in between 1705 and 1717. It is modeled on San Maurizio in Venice. The church displays an impressive array of relics. It was built in honor of the city's patron saint. 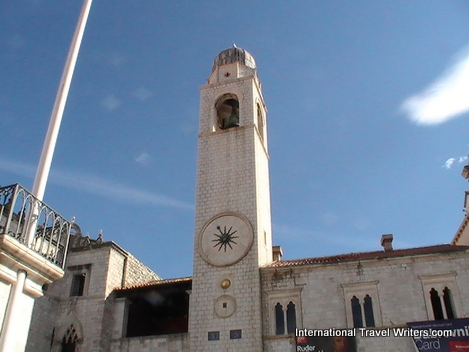 City Bell Tower is 35m tall and dates from 1444 but it was rebuilt in 1928. The modern clock has bronze jacks in the form of soldiers that strike the hour. The bell in the tower weighs over 2000 kilos. 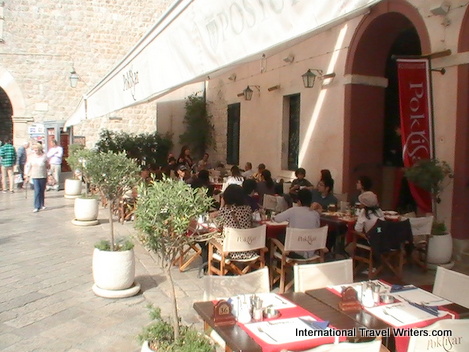 Outdoor restaurants are plentiful and their menus are displayed outside. 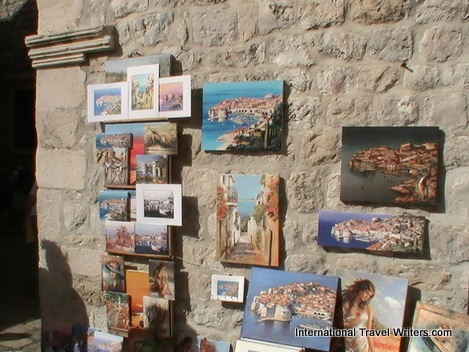 As you saunter through the streets you see art work by local artists on display. 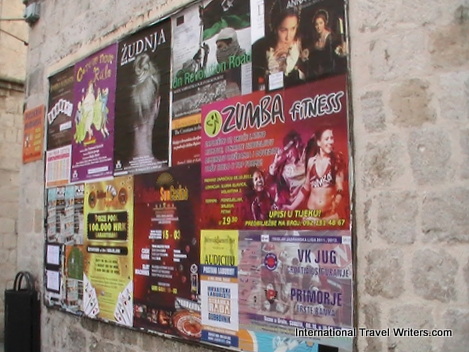 Billboards are in evidence showing current activities at the theaters and other venues. 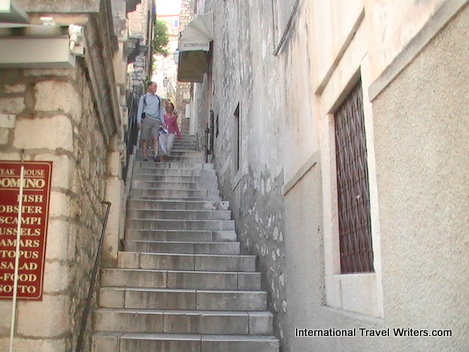 Of course being a medieval location there are narrow streets but the stairs were also very narrow. 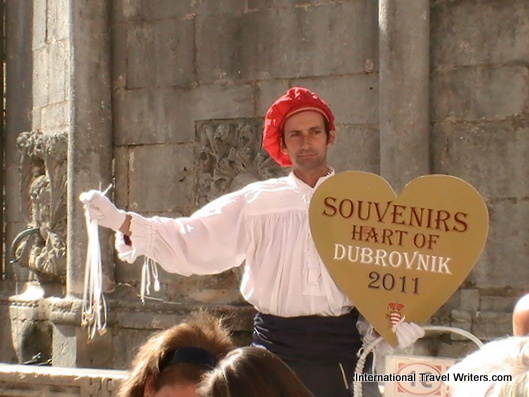 This is the Croatian equivalent of sandwich-board advertising. 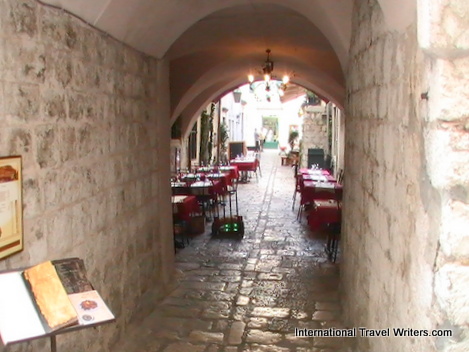 Sometimes there were passageways through the walls into restaurants or other shopping areas. 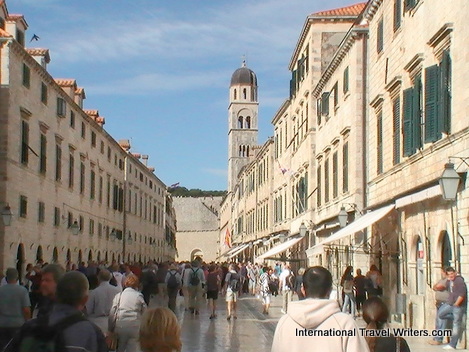 Stradun is the main street and it was fairly active most of the day. 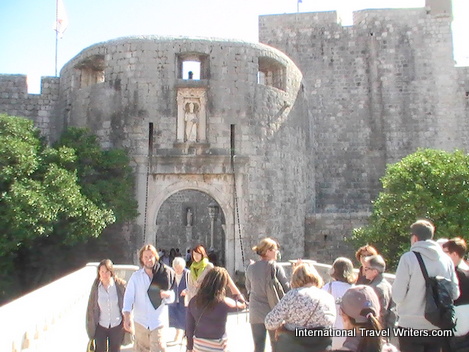 This is Pila Gate. There are four city gates.

Two lead to the harbor and two have drawbridges that lead to the mainland. Today the moat that ran around the outside section of the city walls is a dry moat with gardens. Over the arch of the central Pila Gatee is a statue of the city patron St. Blaise. 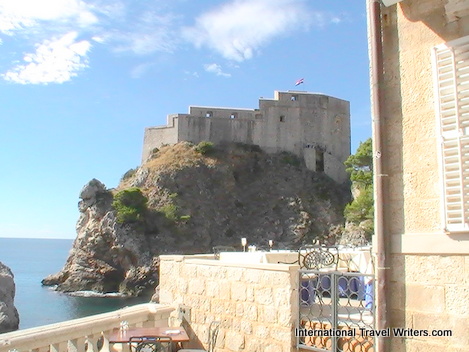 St. Lawrence Fortress is located outside the western city walls around 120 feet above sea level. The walls that faced enemy fire were around 39 feet thick. Two drawbridges lead to the fort. It is often called Dubrovnik’s Gibraltar. 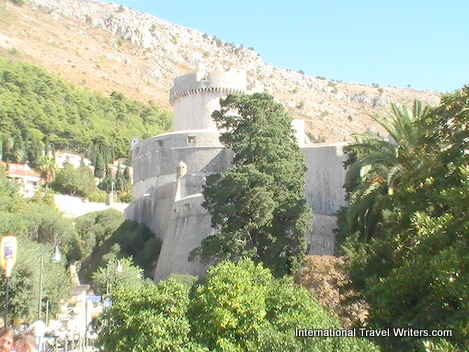 Minceta Tower was built by Italian engineers sent by Pope Pius II in 1463 at the height of the Turkish threat. It is named for the family that owned the land it is built on. 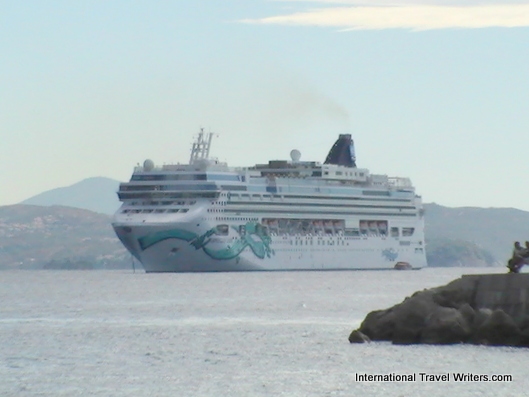 When it was time to head back to the Norwegian Jade by tender, we got a photo of it waiting for us to arrive.

Return from Dubrovnik to International-Travel-Writers Homepage